After reading this post and also reading the post she links to, I started thinking a lot about baby names and thought it'd be fun to write about our boys' names and how/why we chose them. I kind of feel like I've written about this before…but maybe I'm just thinking about how many times I've thought about writing about it. Anyways...

Now first! Let me just tell you that Logan is the absolute worst about names. I'm not kidding (and have several friends who will testify to that). I prefer more traditional names, and it's even better if they're biblical or Catholic saints, but Logan likes modern names (for first names) and will.not.budge. on that preference. He doesn't really care about middle names, though, so we basically compromise - a less traditional name for the first name and a saint name for the middle name. Because he's so stubborn about first names, I've learned to just go with that and be happy that I [almost] get free reign with a middle name. Pick your battles, right? Right. 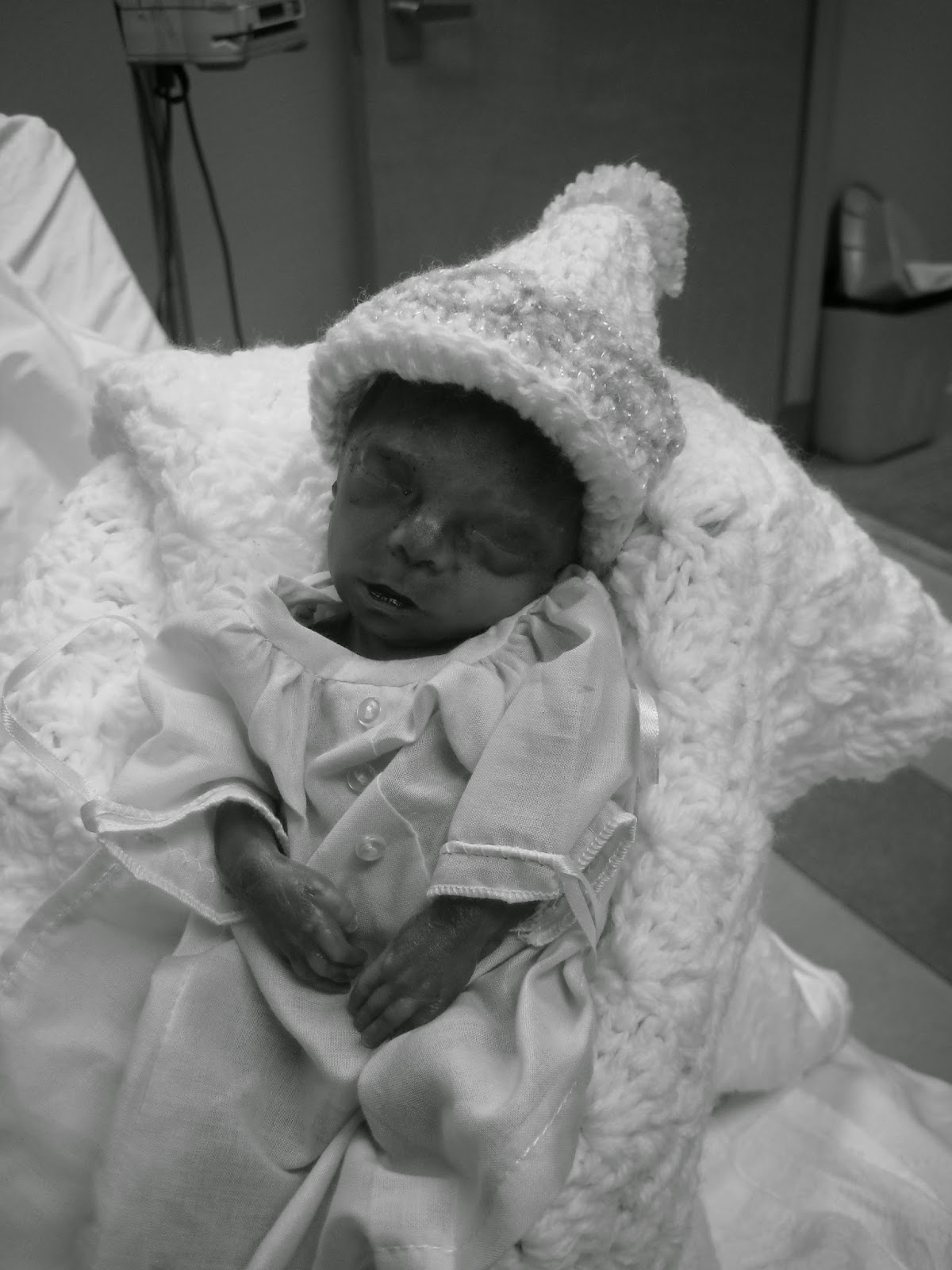 When we found out we were pregnant the first time, picking names was easy - Levi Anthony for a boy and Makenzie Clare for a girl. We were settled on those far before we ever found out the gender. Levi was my absolute favorite boy name before we got married, and I still love it to this day.

Anthony is Logan's middle name as well as his dad's middle name and his grandpa's middle name, so Logan had always said we would use Anthony for our first boy's middle name since it was a family thing. And I was all "okay, cool" since St. Anthony of Padua is such an awesome saint and I very much wanted part of the name to be Catholic.

And then when we lost Levi, we totally considered - at first - using the name Levi again (because I love it that much), but with a different middle name. But we just didn't feel comfortable doing so because losing Levi was still too new. So we thought about using it for maybe our 3rd or 4th kid, if we had that many, and if it was a boy. But obviously our 3rd boy later we haven't used it, and I'm fairly certain we never will now…because Levi is very much a big part of our family, even if he isn't here with us. 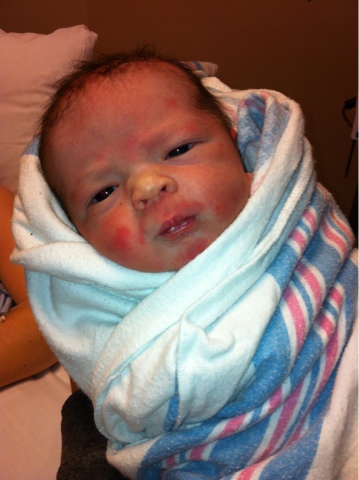 Now here's where I remind you again of how ridiculous Logan is about baby names. Landon was literally one of two boy names that Logan liked. (The other one was Luke, if you're curious…which is surprising because it's pretty traditional, I think! But I have a cousin named Luke which is why we went with Landon.) Because I was put on bed rest so early in the pregnancy and it was a very scary time knowing we could lose another baby, we prayed often for St. Gerard's intercession as the patron of expectant mothers.

Honestly, I didn't really like the name Gerard, but I love St. Gerard, and I knew we had to name Landon after him. And it really has grown on me!

We found out at 12 weeks that Landon was probably a boy, so I'm pretty sure we had decided on a name by the time the gender was verified at 14 weeks. (Seriously, that 12-week ultrasound picture is pretty convincing!) 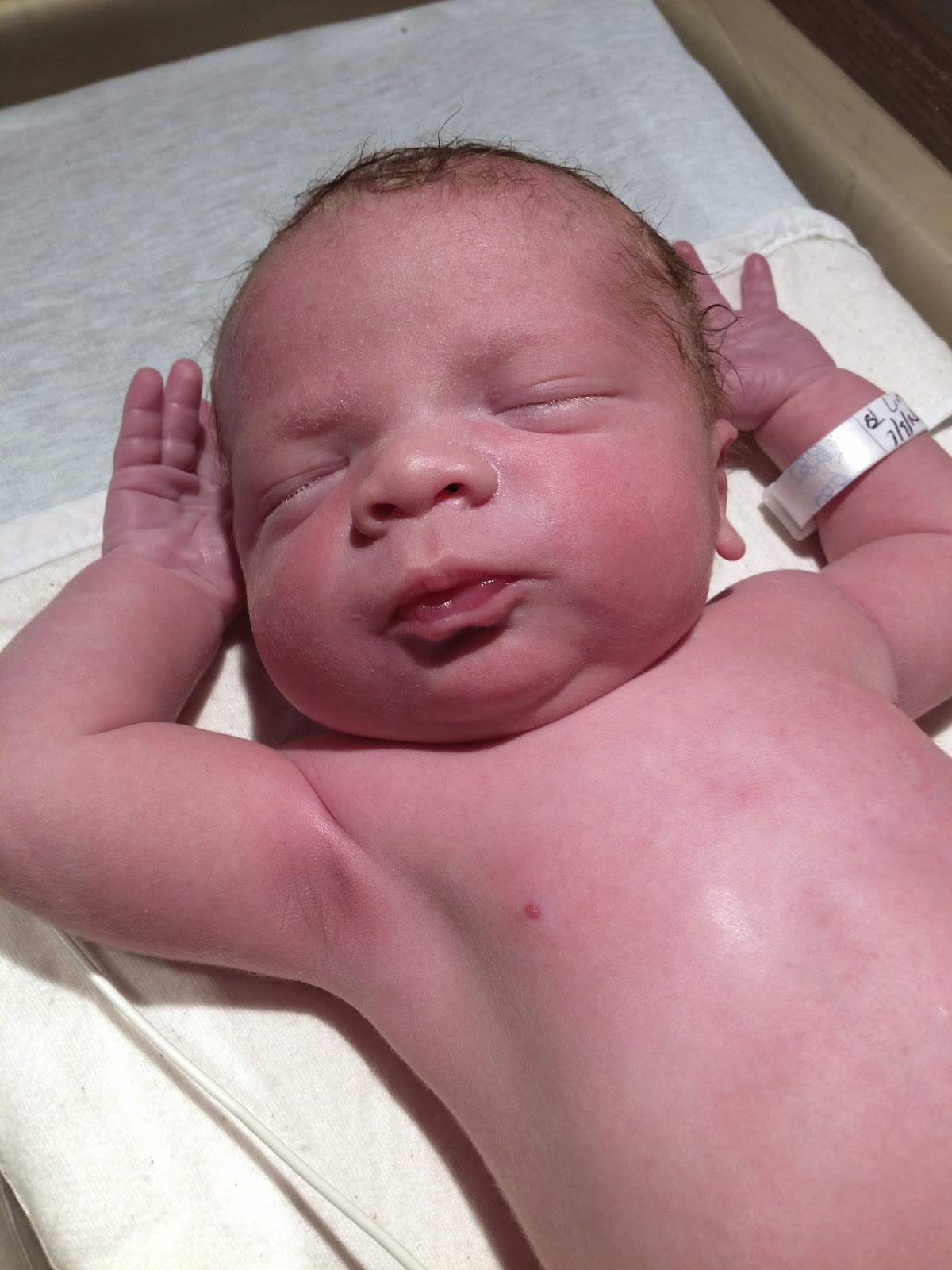 Ah, another boy. Should I remind you again of how picky Logan is with names? Yeah. It seems to get worse with each kid we have.

He still liked the name Luke, and I did too…but I did not want another "L" name. I didn't even want Landon to be another "L" name (since Logan and Levi was enough, thankyouverymuch), but I didn't have a choice since the only names Logan liked started with "L". We already had people asking if we were sticking with the L theme and I was like NOPE. Nothing against people who do that…I just already call my kids the wrong name accidentally and do not need the extra stress of having similar sounds.

We found out Chase was a boy early on at 13 weeks, and it took another week or so after that to decide on a name. Mainly because Logan nixed every name I threw at him (seriously, not kidding). But somehow, we narrowed it down to Cade or Chase. Most people we asked like the name Cade, but Logan and I really felt like Chase was the name! And I seriously love it now. I can't believe I considered Cade, actually…funny how our taste changes.

Logan let me choose the middle name again, and I liked Joseph or Michael, as they're two of my favorite saints. But I ended up choosing Michael because 1) St. Michael totally had our back during a very spiritually-rough pregnancy, and 2) my brother Michael is Chase's godfather. 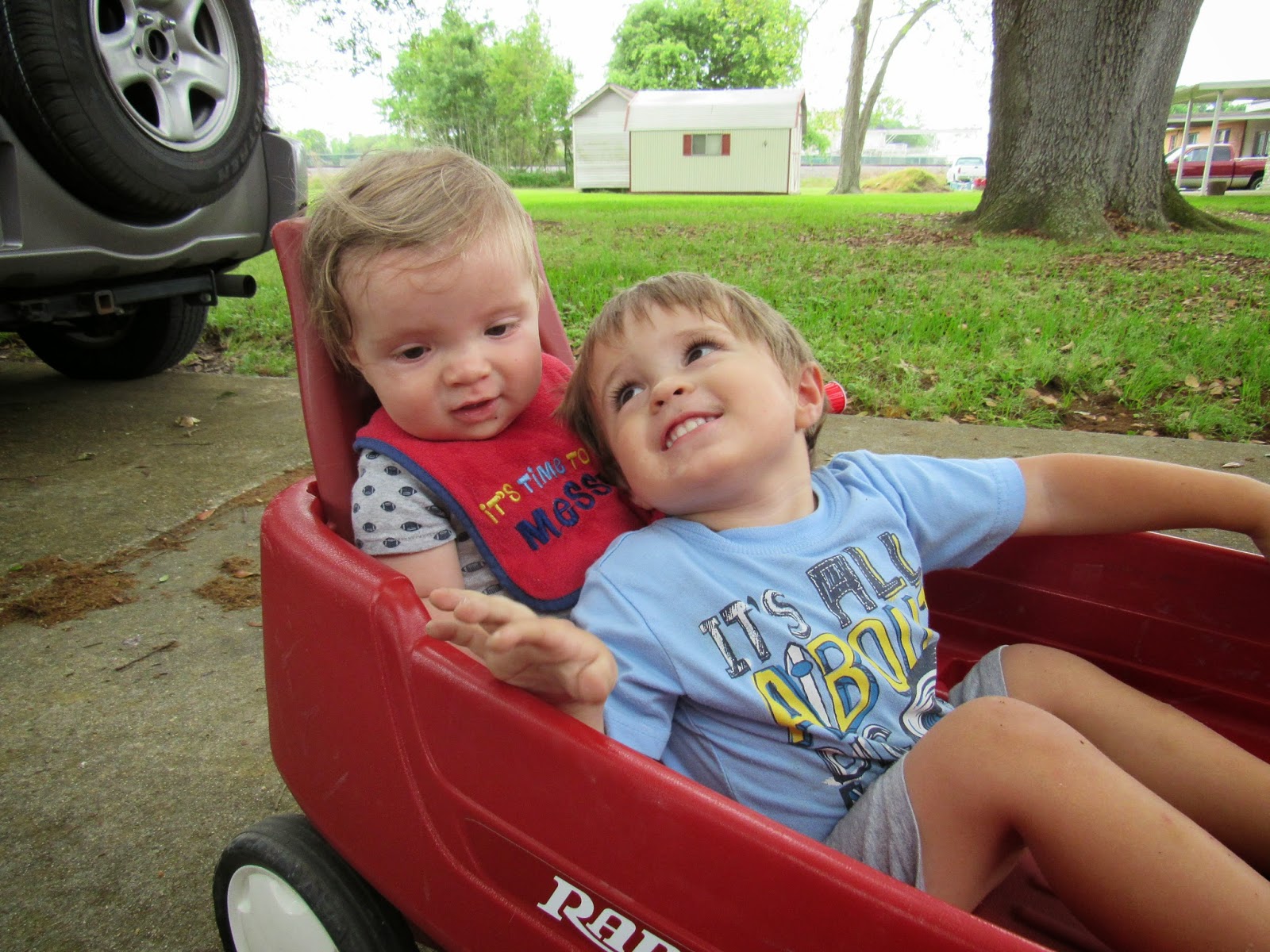 So there you have it! Our name stories. I didn't mention how we could never decide on a girl name for either Landon or Chase…probably because we found out early on that they were boys. Which is probably good since Logan and I can never seem to decide on a name until we know the gender.

I love talking baby names - except with Logan, HAHA. And I especially love hearing the stories behind the names! Because even if I don't like a name at first, I find out why someone used that name and I'm like ohhhh, I like it! Thankfully, we haven't had any problems with deciding on final names before the baby arrives…probably because I find out so early (thanks to the many ultrasounds). Logan and I would probably kill each other in the hospital if we waited until then to find out the gender and decide on a name. But we're just crazy like that.

P.S. Logan totally agrees that he's difficult when it comes to naming our kids. Just saying. :)
Posted by Jen at 8:00 AM