Being open to life when you have rough pregnancies

I should start off by saying that my cycle has not yet returned since Chase exited the womb, so it's not like we're having to decide if now is a good time for another baby. But since I'm learning Creighton and it appears my body is trying to get going again, I can't help but think about what our future looks like… 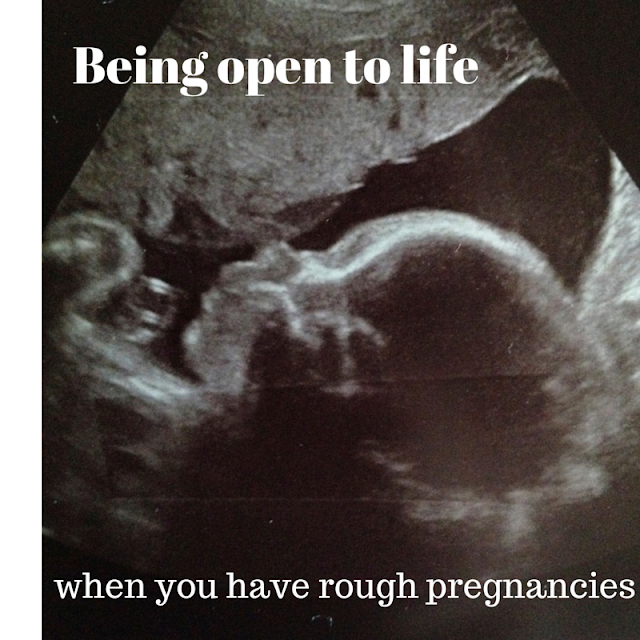 When Landon was born, I actually wanted to get pregnant again soon after - despite having a pretty crazy pregnancy with him. I figured, if I end up on bedrest again, I might as well do it before Landon starts walking! (Crazy talk. I'm fully aware.)

But I didn't get my cycle back until his first birthday, and by that point, he was almost weaned, I was finally losing the last bit of baby weight….and the thought of starting all over was so intimidating. I was enjoying my freedom!

I wrote this post when Landon was 16 months old. You should go read that because a lot of my feelings now are similar. I'll wait.

We actually conceived Chase a week after that post. God is funny sometimes.

My incompetent cervix actually cooperated during Chase's pregnancy for the most part, but we had so many other issues - troubling ultrasounds, too much amniotic fluid, etc. - that it was actually harder than my pregnancy with Landon. Like, I felt crazy. Plus there was the whole thing about having a toddler to take care of at the same time.

After Chase was born, I did.not.want. to get pregnant any time soon.

But in case you don't have the privilege of knowing Chase in real life, let me tell you…he is so incredibly sweet and happy and just really an easy baby. Just one look at him and I immediately think how I would honestly go through everything all over again. Chase has been such a blessing to our family! And his sweet chubbiness is reallllly making me want to have another baby sooner than I thought. 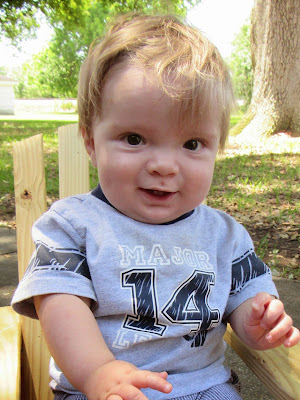 But I just really don't like being pregnant. I throw up every day until 15 weeks or so, I have to get a cerclage around 13-15 weeks, I'm at the doctor's office every 2-3 weeks (sometimes more often), and I start having contractions before the morning sickness subsides. And those continue for the rest of the pregnancy. I can't exercise, I can't have sex, and Logan pretty much loses his mind because of all that - plus the fact that he needs to do more of the housework. Because when I do too much I have more contractions. The thought of losing another baby just adds to the insanity...just that possibility alone scares the heck out of me - as well as the possibility of having a premature baby.

Needless to say, pregnancy isn't glamorous over here. Not to mention that high-risk pregnancies are expensive! It turns out money doesn't grow on trees.

Just wanted to mention that I know having rough pregnancies cannot be compared to the cross of infertility. I know how blessed I am to have my 2 boys here and my oldest boy in Heaven, and I don't take that for granted!

Landon will be 3 years old next month. Chase will be 10 months old this week. And while there are certainly crazy days here and there, most days I actually feel like I'm at a good place and could add another kid to this beautiful life. It's just the pregnancy itself that's complicating things!!

So what's a gal to do?? I'm 28 years old with many years of fertility ahead of me. We want more kids. We hate being pregnant. Obviously, adoption is an option, and we really do want to pursue that at some point. But that's probably even more expensive than a high-risk pregnancy.

I loved Haley's post about not feeling guilty about pregnancy anymore...because although it might feel like you're depriving your children for 9 months by not being able to do anything, you're actually giving them the best gift ever. A sibling! After seeing Landon and Chase together, especially recently, makes me much more willing to go through a rough pregnancy again. 9 months is nothing when you look at the big picture (although seriously, it can feel like forever!). 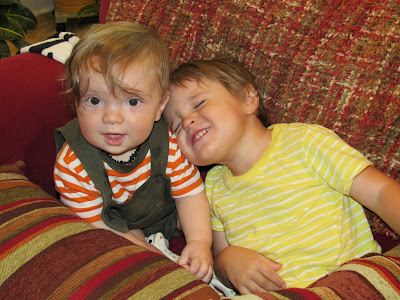 I have to say that I've learned a lot from the last 2 pregnancies, especially the last one where I had a toddler to care for at the same time. And now that I know that every pregnancy will be full of endless contractions (since I was kind of hoping my pregnancy with Landon was a fluke…turns out it was not) and a million other possible problems, I won't be as blindsided next time around. Plus. I have quite a few tricks up my sleeve to make subsequent pregnancies much easier! And of course, as my kids get older, they will be more helpful. It's so crazy (and awesome) to think how much Landon has matured just in the last year.

I also feel like God has been preparing both Logan and myself, in many ways, for another pregnancy. Or maybe he's just preparing us for something else entirely ;)

As with anything in life, I know ultimately that God knows best, and if we are indeed blessed with another baby in utero, He will give us the graces we need to get through it. He always does.

P.S. I had this post in my drafts folder for a few days and during that time, I listened to the new Fountains of Carrots podcast, where they talk mostly about the rosary - but they also brought up hyperemesis during pregnancy. They had a great conversation about redemptive suffering! And I thought it was perfect timing with everything I've been thinking about lately. So you should go listen. :)
Posted by Jen at 11:40 AM