Getting crafty up in here (with DIY chalk paint)

I know, I know. I'll let you recover for a minute. (For those of you who don't know, Logan is the creative one in our marriage.) I still can't get it over it myself! Shall I show you?? 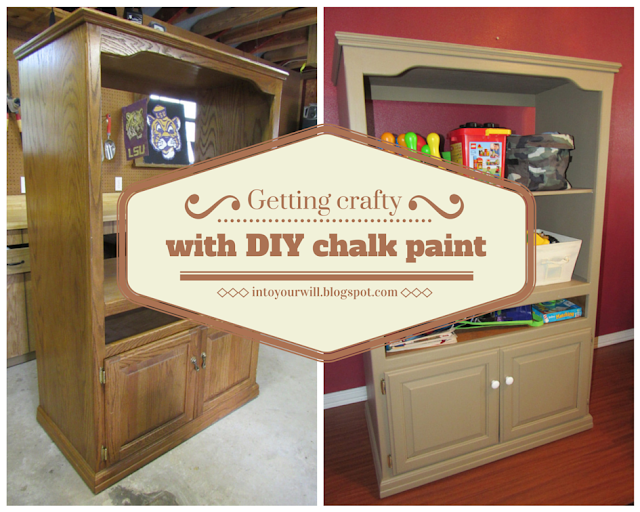 This is what we started with: 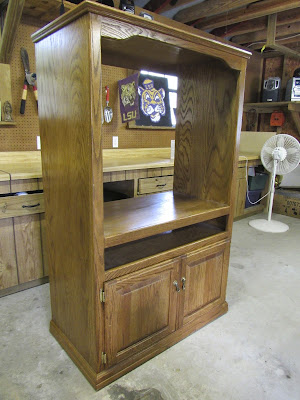 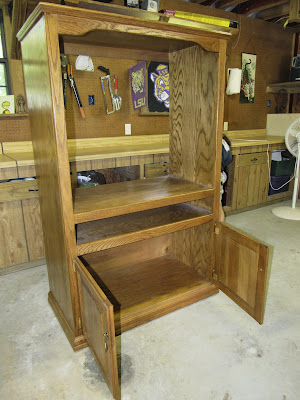 This entertainment center was a hand-me-down from some friends several years ago. Logan and I had it in our bedroom and decided it was just wasting space - since we moved the TV on top of our dresser quite some time ago (but I seriously don't know why we even have a TV in our room since we rarely use it). So I decided to repurpose the entertainment center into a storage piece for the playroom! 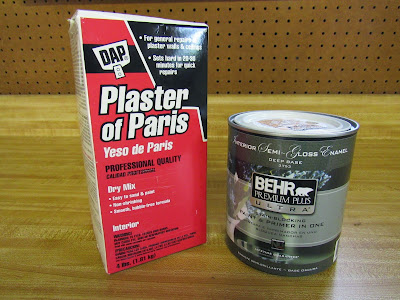 I've been wanting to use chalk paint on something, but….it's expensive. So I made my own! With the help of Google and my sister.

You'll also need: water, a measuring cup, a mixing tool, and of course a paintbrush!

I still have half a quart of paint leftover. And A LOT of Plaster of Paris. That box should last a long time, even if I decide to go crazy with chalk paint. (It's totally not a green product AT ALL. You do need to be careful with it. Just a little disclaimer.)

So! I mixed 1/3 cup of water with 1/3 cup of Plaster of Paris until it was smooth. Then I added one cup of paint to that and mixed it all together. Voila! DIY chalk paint. I did have to do another batch because I ended up painting 2-3 coats. But one batch should be fine for most pieces of furniture. 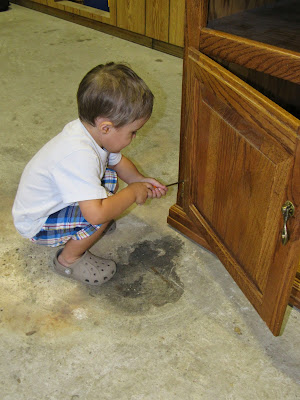 My little helper ;) I should mention that I did sand down the wood just a little, because the guy at Home Depot recommended it. But I don't know how necessary it is, really. 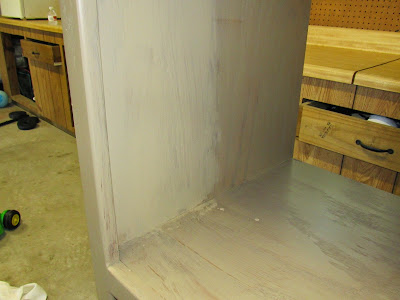 There was a noticeable difference between one and two coats…so I decided to add a third coat just to be safe. 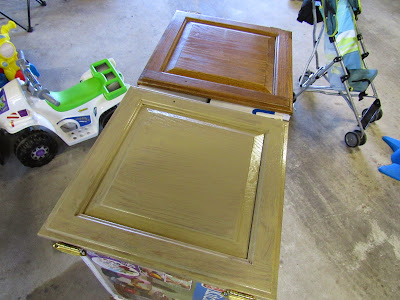 The cabinet doors. I took them off at first because I wasn't sure if I would keep them on…but I did. 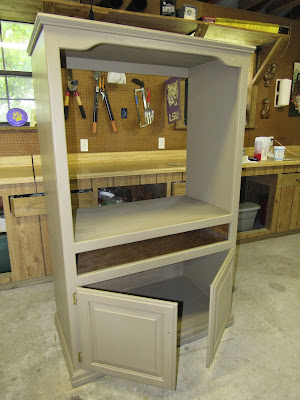 Done with the painting part! Next I added a shelf. 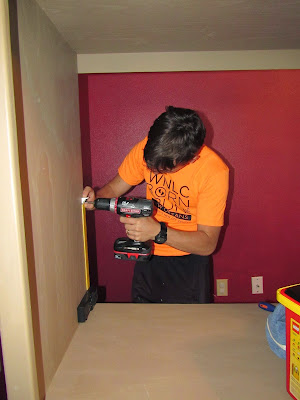 Logan helped me drill holes for the shelf. I couldn't decide if I wanted one or two shelves, but Logan said one, so I was all, ok whatever. We had a piece of wood lying around from a project we never did when we first bought the house - so I used that. Logan cut it to size for me. (Although it probably wasn't the best wood to use and isn't very sturdy so I might end up getting another shelf eventually.) The support brackets for the shelf were around $4, if I remember correctly. We still have some left too. 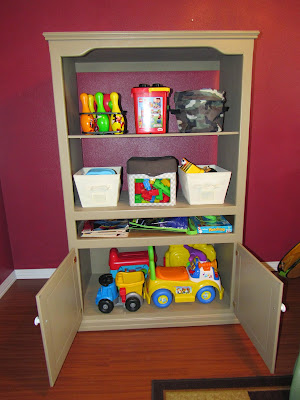 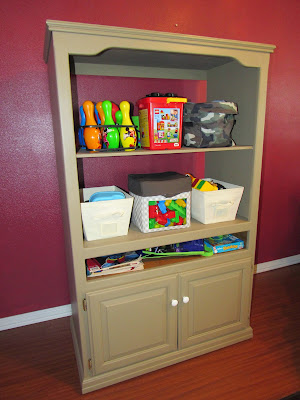 The old cabinet handles were gold and I wasn't a fan of them. So I just bought basic white ones at Home Depot for $2 a piece.

There you have it. My first pretty big project and I'm so happy with how it came out! Not bad for $30. We've been fixing up the playroom quite a bit so I might bore you with some more things we've done. ;)
Posted by Jen at 2:43 PM