My godson, being spiritual mothers, and maybe a (tiny) photo dump

I lived with my brother and his wife for an entire year before I got married, so I had the privilege of seeing this cute little face every day for his entire first year of life (he was born right after I moved in): 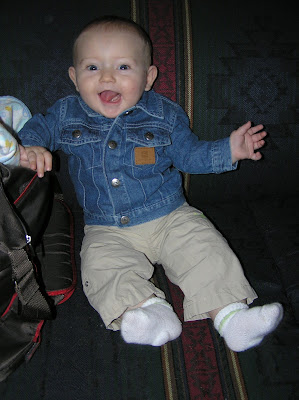 Max was probably a big part of why Logan and I were so ready to have kids as soon as we were married. And now, as of Saturday.... 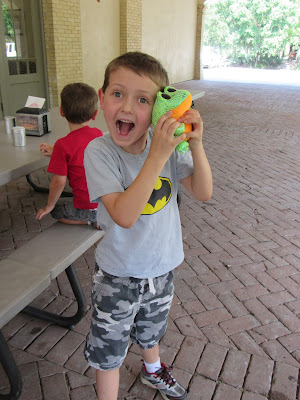 This was initially going to be a photo dump post of our fun weekend (Landon and Max have birthdays one day apart) but then I got thinking about the little boy who prepared me to be a mother before I actually became one...

I can't help but think how blessed I am to have become a godmother before I became a biological mother (a foster mother too, actually!). Because it gave me a glimpse into motherhood, not only in the physical sense of changing diapers and all, but also in a spiritual and emotional sense (although having experience with diapers and colic certainly helped!).

Not only did I see firsthand the struggles that parents deal with, I also saw the joy that comes with welcoming a little baby into the world. And I'm so grateful to my brother and sister-in-law for letting me witness all of it.

Women - whether they have their own kids or not - can play such an important role in any kid's life. Heck, some of Landon's favorite people in the world are my friends who don't have children.
After getting so close to Max, I used to think how I couldn't believe how much I loved him - it was really hard to imagine that I would love my own kids even more. Because I loved him like my own (still do!).

That just goes to show what women are capable of - loving kids that aren't even ours. Being a foster parent showed me that too. And I wish people talked more about that...that all women were created to be mothers, regardless of whether or not they actually (or will ever) have children. Just look at Blessed Mother Teresa - she was no doubt a spiritual mother to many.

I don't really know where I'm going with this, but...I guess I want to just encourage all mothers to foster relationships with the women in their life who are single or married without kids. Invite them over. Ask them to be godmother. Don't just assume they won't want to be around the craziness of life with little kids! Chances are they actually love it. And they want to babysit. I know I did.

Regardless of if those women are called to have kids of their own or not, being around you and your kids - and seeing how you give of yourself - will profoundly affect how they view their vocation. They will see the importance of being a spiritual mother, they will see how dang hard but rewarding it can be to raise little ones...and they'll probably teach you a little something in the process. 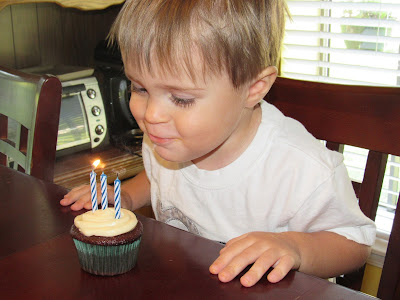 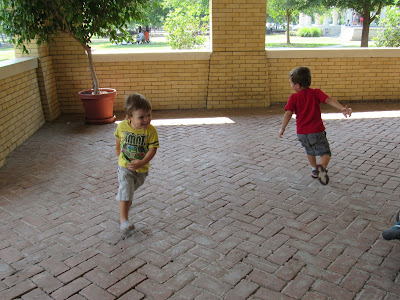 These two could just run in circles all day, chasing each other, and be the happiest kids ever 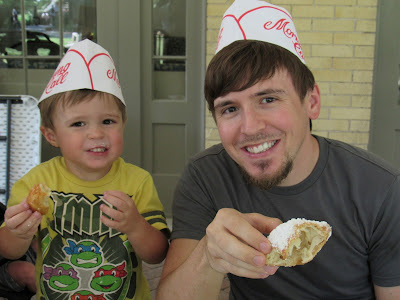 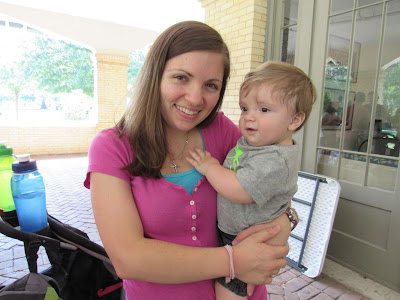 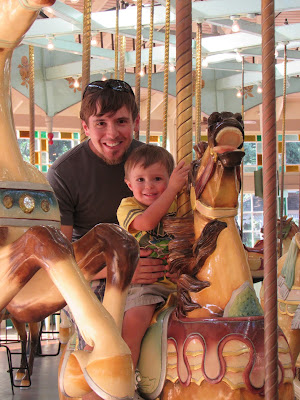 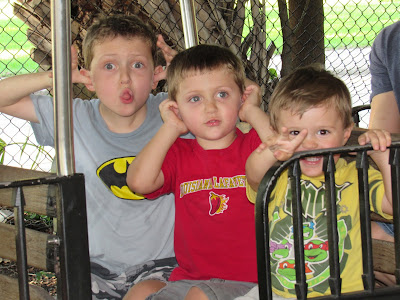 Cousins are the best! 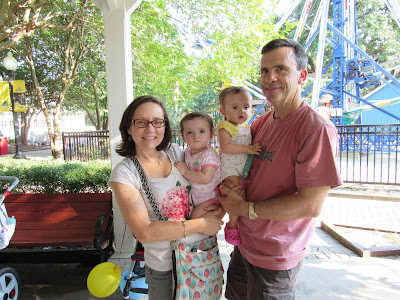 I bet my parents never imagined that 28 years after having twin girls, they would get to hold their twin granddaughters! God is funny. But awesome.