Yes, this post is all about sex, and yes, I share struggles from my marriage, and yes, I realize I'm putting it on the internet. But I know I'm not the only one who has experienced this…so I'm willing to share personal stuff if it means it might help someone else!

I've been thinking about writing a post like this for a long time now, but since some people see it as one of those ohmygosh-we-shouldn't-talk-about-this topics…I had a hard time finding the right words. While I can certainly understand why some people think we shouldn't talk about sex with people outside of our marriages, I respectfully disagree and think we need to talk about it. I'll tell you why (and let me just remind you that I'm a Catholic woman).

But first. I should give you a little background info so you know where I'm coming from. 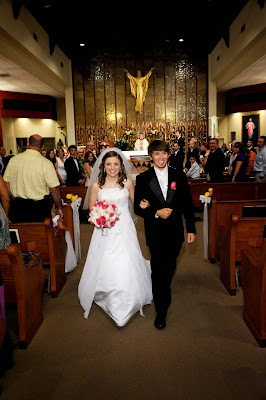 Logan and I were virgins when we got married. Although I think that is one of the best decisions we ever made and am so thankful God gave us the grace to wait, sex hasn't been easy for us. I mean, come on, we all know the basics…but for some reason it took Logan and me a long time to figure out a lot of the other stuff. I'll leave you to your imagination with that because, well, our mothers read this.

We've had a lot of obstacles along the way in our marriage that further complicated the sex situation, like losing a baby 6 months into our marriage, trying to get pregnant again for a year and a half, and then having to abstain for the duration of two subsequent pregnancies (thank you, incompetent cervix).

Trying so desperately to get pregnant (I think losing a baby makes it so much harder because you were already so close, especially being so far along as we were) can put a huuuuuge strain on lovemaking. Seriously. You focus so much on getting those little swimmers in there that you forget the important stuff - you know, giving yourself completely to the spouse you love so much. I know for a long time sex just really wasn't fun for us.

And then I don't think I have to explain how not being able to have sex while pregnant is oh.so.very.hard. My pregnancy with Chase (my youngest) was really hard emotionally (in addition to all the obvious physical stuff), and to not be able to be one with each other throughout everything was really hard on both Logan and me.

But I should also say that we learned a whole lot those 9 months in the midst of all the frustration, and the anticipation that the wait was almost over? Even more exciting than anticipating our wedding night, I think!

So anyway….back to why I think we should talk about sex.

If it weren't for my friends and our frequent GNO (girls night out) events, I wouldn't have realized that Logan and I needed help. We talk about sex, and I'm glad we do. I didn't know it wasn't normal to be thinking/feeling as much frustration as I was with sex. Some women climax almost every time? What?! What the heck were we doing wrong?? Logan thought he was doing something wrong and I thought something was wrong with me…so you can imagine the frustration. It certainly didn't help to have people talking about sex being so great, and while it wasn't completely bad for Logan and me, I knew we had some issues to work out.

For a long time (um, the first 4 years of our marriage, at least…we've been married 6 years), I couldn't help but be so mad at the fact that our sex life basically sucked, for the most part. We did things the right way! We waited until marriage! We should have freakin' awesome sex, right?!

Well. Thinking like that did not help matters at all. It took a lot of hard conversations with Logan, support/advice from friends, and healing from all the traumatic experiences (losing a baby, rough pregnancies, etc.) and unhealthy thinking to reach a breakthrough.

I should write a separate post about our breakthrough because it really is a neat story (although a little personal…so maybe I won't. We'll see). But for now I will say that it happened right around the same time we got pregnant with Chase. So that meant we finally got into a good grove with lovemaking just to have to put it on hold. (Typically you can have sex before you get a cerclage, but since my cervix started opening in the first trimester with Landon, we abstained right from the beginning with Chase. Just didn't want to risk it! Honestly, I'm wondering if that's part of the reason why my cervix cooperated for so long this time around. But anyways...)

I found out I was pregnant with Chase in November 2013. He was born the following July. So Logan and I "reunited" in August 2014.

Long, long time, I tell you.

That's another reason why I think we should talk about sex. We as Catholic women need to encourage each other, and how can we do that if we don't know what other people are going through? If you're not comfortable talking about it, then that's fine. But I, for one, would love to hear from other women who've had similar issues and who've had to abstain for long periods of time. It's very, very easy to feel alone, even though I know I'm not!

Another reason comes to mind why we shouldn't treat sex as a taboo topic, and it's an important one! The media bombards us with so much sex, sex, sex, and needless to say, it's not usually in accordance with the Catholic Church's teachings. There are so many wrong messages about sex out there, and we need to talk about the truth. Just talking to my friends, I know there is a lot of confusion about what's acceptable and what's not in the bedroom. Many people don't realize they're crossing the line when it comes to the Church's teachings.

I'm no expert so I won't go into specifics…I'm just trying to make a point in that we need to talk about sex. Heck, it's what makes life go on (procreation and all).

Okay, I think I shared enough for one day…so, what do you think? Should we talk about sex? (Please be nice if you're going to comment. It took me a LONG time - over a year - to get the guts to post this! And thanks to Logan for allowing me to do so.)
Posted by Jen at 8:45 PM