We kind of let things happen after Landon was born, as crazy as it sounds. I didn't get my cycle back until the day before his 1st birthday, and while Logan and I weren't totally sure we were ready to endure another crazy pregnancy just yet, I don't think we ever abstained during a fertile period.

We did start "actively" trying (if you could call it that? I kind of hate that phrase) when Landon was 16-ish months old because I realized we only had 5 chances a year to get pregnant because of my long cycles. We got a positive pregnancy test 2 months later. Totally shocked, but we were thrilled!

Then we had another crazy pregnancy. That's when we starting thinking that maaaaaaybe we should try to start spacing our pregnancies out more. Yes, we want more kids - that hadn't changed. But now we knew that every subsequent pregnancy was likely to be just as crazy and possibly even crazier.
This is where - irony of all ironies - I'm actually thankful for my sub fertility in a way. Because if Logan and I had to decide every.single.month whether or not it was a good time to get pregnant, we would be totally overwhelmed. God, in his infinite power and wisdom, knows that in our particular situation, we need more time to 1) recover after 9 months of survival mode, and 2) prepare ourselves for another 9 months of survival mode. [I should remind you that Logan and I have to abstain during our pregnancies - incompetent cervix, ugh - so just that reason alone makes it VERY HARD to be open to a pregnancy. But we just love babies and know it's worth the sacrifice...so...yeah. But it's still hard.]

I was kind of freaking out about getting pregnant before my cycle came back after Chase, so we started learning Creighton. I have friends that found it helpful during the postpartum/breastfeeding time, and I knew it could likely help with my abnormal cycles. So when we were given the opportunity to meet with an instructor at a discounted price, we jumped on it. Chase was 8 months old.

FYI for any potential Creighton learners: they tell you to abstain for your first month of charting. And since my reproductive system is trying oh so very hard to get going again, we've had a ridiculous amount of abstinence days since then. It's been rough. Especially when I think about getting pregnant again and having to abstain that entire time as well. I just want to be with my husband, ya know? And I KNOW it's even harder for Logan.

When we first started the Creighton thing, Logan didn't even want to think about me getting pregnant until the end of this year. And I don't blame him! Pregnancy is not fun for either of us (but it's so incredibly worth it, in case I haven't made that clear...).

But the thing about NFP is that it makes you really, really, really discern whether or not you have a valid reason for postponing pregnancy. And every day that we (reluctantly) abstain makes us think, could we have a baby right now?

Honestly, for me, the answer is yes. We could. Both our boys are sleeping through the night, I'm healthy (just saw Dr. H and he said all looks good! stupid cervix included), we're paying the bills, etc. Considering my crazy pregnancies, though, I would like to have a cycle first - just to make sure my body is ready. Logan is still not quite there, and I respect that. Due to our frequent discussions about the matter, however, he is now open to the possibility of a baby in a couple months, as opposed to the end of the year. Pretty sure I can thank NFP for that.

If I could plan the perfect scenario, though, it would be really nice to get pregnant and have a baby all in the same calendar year, for insurance and financial reasons (since our pregnancies are expensive and it would be nice to only have to meet ONE deductible).

But I kind of feel bad saying that because I know these things can't be planned and that some women would take pregnancy in any shape or form. Really, I get that. More than I can convey. I often wonder if we will even be able to get pregnant again!

Right now we're still very much in the learning curve of Creighton, mainly because I haven't gotten my period yet. But I'm thinking that it will totally be worth it in the long run. I just wish I had known about Creighton before I was married! I knew during our infertility period that it would likely help, but I was struggling too much with losing Levi and everything else that I couldn't handle anything else. 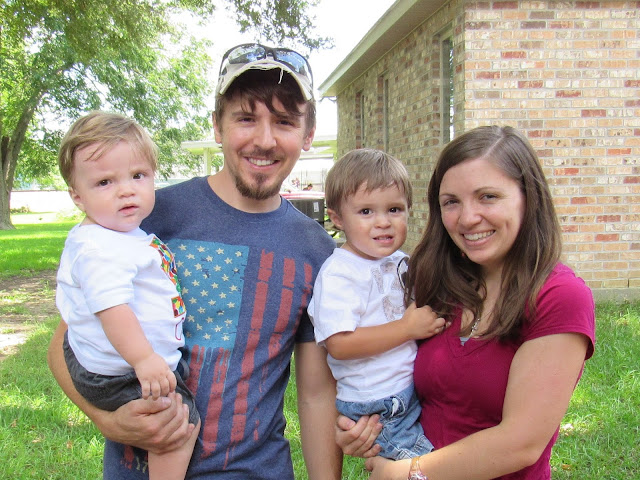 So that's why when it comes down to it, I think it's best to just trust in God's plan and in His timing. And to be open to His promptings. Sometimes that means you use NFP, and sometimes that means just letting whatever happens, happen. While Logan and I are abstaining on possible fertile days right now, we also know that we could end up pregnant. Because sex = (the possibility of) babies, even if you think you have a foolproof method of avoiding pregnancy.

I'm sure many people probably think that we should call it quits on the baby-making front and that we should rely on some "permanent" solution to make pregnancy impossible. But I don't see that as an option, nor will I ever (unless it's deemed medically necessary in an emergency situation, which isn't very likely). I know we won't always be terrified of a rough pregnancy. Our kids will get older and will be more helpful, and maybe one day we will be able to shelf NFP for good and let God bless us with as many children as He sees fit...whether it's biologically or not.

As months pass, I find that Logan and I are more open to the sacrifice involved with having another baby. And I think that's what NFP does. What's important to remember is that God always knows what's best for us, even (and perhaps especially) when we don't understand it ourselves.

Jen Fulwiler has the best post about NFP ever, so you should click over and read it.