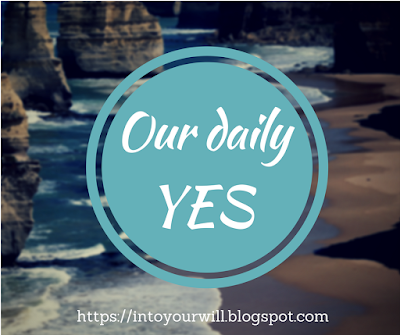 I've been thinking about the Annunciation a lot lately, and how Mary so willingly said “yes” to what God was asking of her.

There's no doubt in my mind that Mary was the humblest of women, since she was conceived without sin. But at the same time you have to wonder just what was going through Mary's mind in that moment when the angel called her “favored one.” Maybe she had been knowing that God had big plans for her but wasn't expecting it to be so soon. She was still a young girl, after all. Maybe Mary knew that God was going to ask her to do something BIG. So when that angel appeared and said, “The Lord is with you,” she probably realized that this was it. The big moment. That moment when her life would change.

Then the angel said to her, “Do not be afraid, Mary, for you have found favor with God. Behold, you will conceive in your womb and bear a son, and you shall name him Jesus. He will be great and will be called Son of the Most High, and the Lord God will give him the throne of David his father, and he will rule over the house of Jacob forever, and of his kingdom there will be no end.” (Luke 1:28-33)

On Sunday night, Logan was at work and I was having a difficult time with the boys. They're generally well-behaved, but I guess the combination of a busy weekend and whatever age-appropriate situation they're in right now (Chase = teething, Landon = 3-year old testing his limits) made for a very drawn-out and exhausting evening.

Landon was fighting me on every little thing – seriously, EVERY LITTLE THING- and I've come to realize he is a dawdler. Seriously, the kid takes 10 minutes to flush the toilet sometimes because, oh look, there's a bug on the wall! And, Mom, what's Marley doing? And I like going on the river. And a million other thoughts about everything other than the one thing he's supposed to be doing. I do not have time for this.

Then sweet baby Chase must be getting his one-year molars because OH MY GOSH when did my sweet baby start being so whiny and fighting sleep?

So yeah. Sunday evening tested my patience big time and I have to say I failed big time. I was exhausted from a crazy weekend, I didn't have my partner in crime (Logan) to talk me down from my frustration – or to help me with the kids – and by the time the kids were in bed it was almost 10pm. They're usually in bed by 8:30.

As the evening seemed to get crazier and crazier, I couldn't help but think how my reaction to the situation is not what I would have liked. I yelled a lot, I almost cried, and I even started to think that there's no way I could handle even more kids when I couldn't even handle the two I have!

(Never mind the fact that evenings like this are RARE and that I usually handle crazy moments better than I did this particular night. The devil is working hard, for sure.)

The next day or so, I was thinking about being able to accept everything that comes at me in life – even the ordinary (albeit overwhelming) evenings by myself – with grace. I truly wanted to just offer everything up to God in the moment, but I had a hard time getting past the “Can't this just be over already?? I'M TIRED.” I even had the thought that maybe someone in my life really needed some extra graces at the time, and I could offer my evening up for them.

But really, I just wanted everything to get easier.

But Mary said to the angel, “How can this be, since I have no relations with a man?” And the angel said to her in reply, “The holy Spirit will come upon you, and the power of the Most High will overshadow you. Therefore the child to be born will be called holy, the Son of God. And behold, Elizabeth, your relative, has also conceived a son in her old age, and this is the sixth month for her who was called barren; for nothing will be impossible for God.” Mary said, “Behold, I am the handmaid of the Lord. May it be done to me according to your word.” Then the angel departed from her. (Luke 1:34-38)

How can I have the faith and trust that Mary had at the Annunciation? Granted, she is a saint, and I am not, but I really do think that what makes a saint is being able to say “yes” in everything – the death of a loved one, the difficult relationship with a family member, the struggles with infertility, and even the seemingly insignificant things in life, like overwhelming moments in motherhood.

Mary was to give birth to the SON OF GOD. She could have done what any normal human being would have done in this situation – laughed at the absurdity of it all, asked “Why?”, or even run away! Some people might even say something along the lines of: “No, thank you, that's too much for me to handle.” But Mary didn't even hesitate. She said “yes” with her whole heart, without wavering in faith.

I wonder if she knew that the salvation of the whole world was resting upon her response. Did she know all of the suffering that would go along with her “yes”? Did she know she would eventually see her son beaten, mocked, and crucified?

I can only assume that Mary knew great suffering would come along with everything Gabriel was telling her. But she still said “yes.”

For most people, there probably won't be one big moment where God is asking us to do something BIG. But there will be many (hundreds! thousands!) of small moments where will need to say, “Okay, Lord, I don't know why you want me to go through this right now, but I trust in You and in Your plan for me.”

May we all have the grace to say “yes” to whatever God may be asking of us...even if it involves pain and suffering. Because wherever there is suffering, joy is soon to follow. 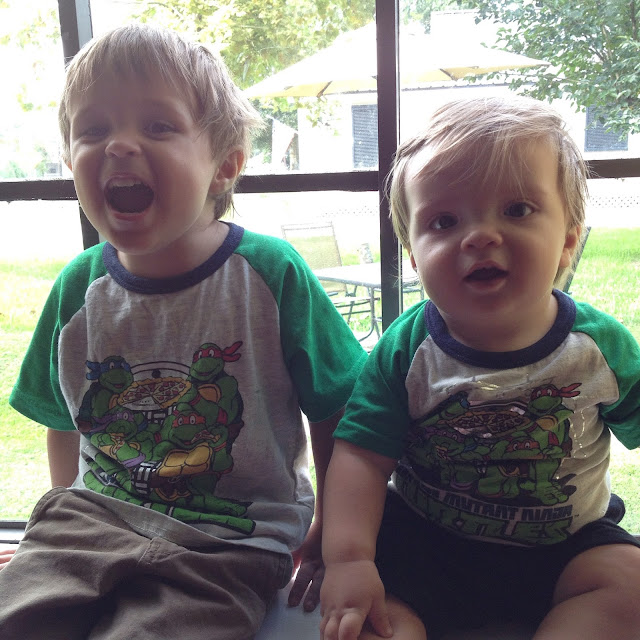