All the thoughts about things you probably don't care about

The blogosphere is all ......*silence*...... right now, or so it seems, so obviously I need to do my share and fill it with random thoughts. I should be wrapping the last of our presents right now but for some reason simultaneously watching The Sound of Music and reading In This House of Brede seems more important. And now blogging, of course.

The weather in Louisiana has been so ridiculous lately. Is it really December? I've been wearing short sleeves and flip flops most days, with the occasional long-sleeve day. And so far the forecast for Christmas is rainy...temps in the 70s to low 80s. What.the.heck. 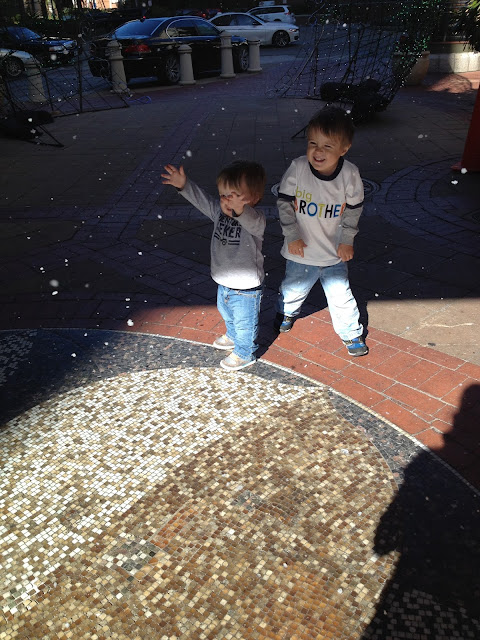 But hey! The boys and I played in fake snow one day so I'll guess we'll survive. (I should say that I'd much rather this ridiculous weather than a blizzard. Because, southern girl right here.) 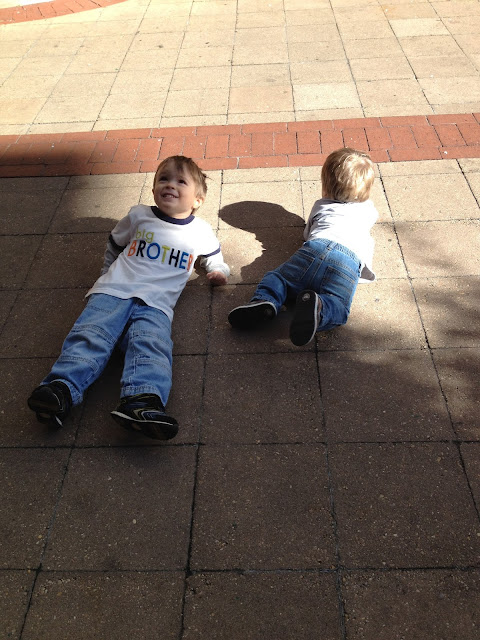 And yes, I am that mother that let their kids roll around on the ground. They were happy, y'all. Don't judge. Okay, so I wouldn't normally let them do that, but Chase would not stay standing no matter how many times I pulled him up. So, whatev.

Logan pulled yet another awesome surprise for me because he's on a roll this year. In my stocking on St. Nick's Day (we fill each other's because it's fun), he put 2 tickets to the US Women's soccer game. Which was SO exciting because I knew they were playing in New Orleans but tickets were ridiculously expensive when I checked. But of course Logan is on the ball with these things and ordered tickets as a pre-sale when they were pretty cheap. 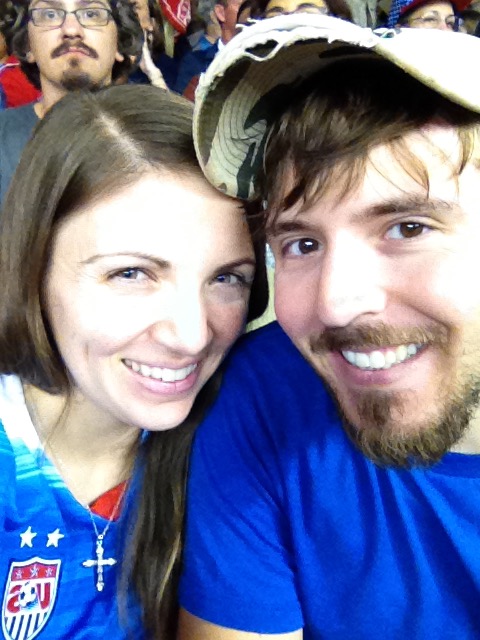 US lost, unfortunately, but it was still a great experience. It was the last game for Abby Wambach (one of the best scorers ever) so to be able to witness that was pretty neat. 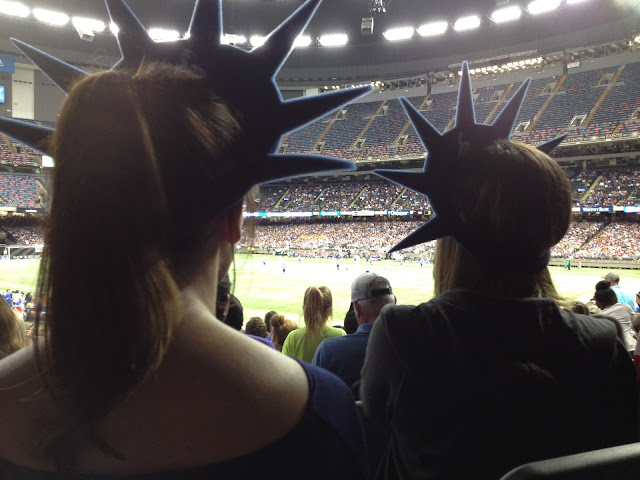 Even though this was our view for the first half (you'd be amazed at how much those stupid hats blocked our view *sigh*) and all the smells of the concession food was, um, overwhelming at times. But all for the love of the game!

I really haven't been watching much TV lately, but yesterday I had a particularly bad day with morning/24-7 sickness (seriously, worst name ever) and had a hard time doing anything but just laying down. So when Logan got home from work and took the boys outside to start a fire in the pit, I took the opportunity to watch the movie Jane Eyre and went totally googly eyes over Rochester. I'm pretty sure I've seen that version before (2011), and I've definitely read the book a couple times, but now I'm adding it to my list again because I love it. 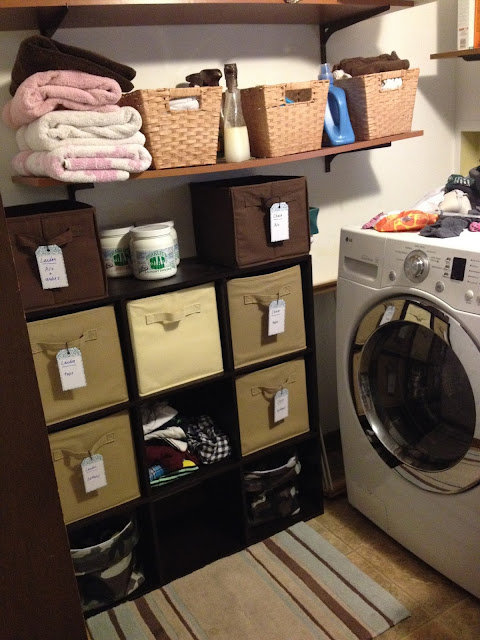 I finally convinced Logan to move the boys' clothes into our laundry room and OH MY GOSH it's lovely. The clothes can go straight from the dryer into their bins AND Chase can no longer pull out the clothes and fling them all over the living room. AND when they change clothes we just toss the dirty ones into the hamper right next to washer. I can even easily make room for baby clothes in the middle column! Getting all practical up in here. I'm so proud. (I even labeled the bins! Say what?)

Confession: we haven't done our Jesse Tree in like a week, I think. But I'm okay with that because: Logan's work schedule is ughhhh right now and most days I stay on the couch anyway. First trimester, you need to be over soon, mmkay?

But the good thing about feeling like death for 3 months is that it gives you plenty of excuses to cuddle with your cute babies. 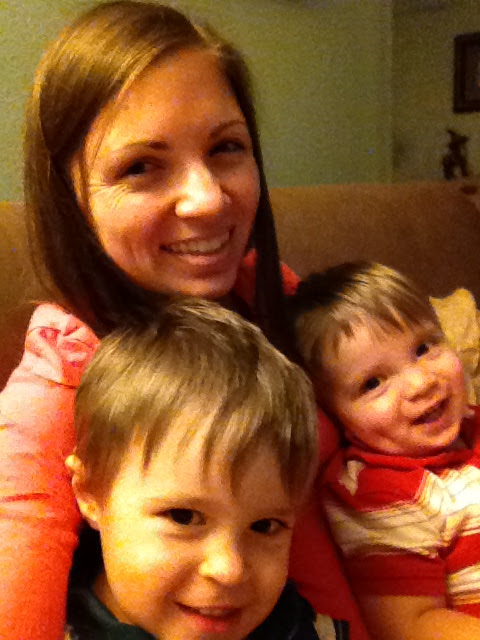 They've been driving me nuts lately, but man...they are some cute.

Hope everyone has a great week!