Week 9 - an update if you're into that kind of thing

After all the shenanigans with my progesterone level, I was pretty darn nervous about my ultrasound today. I mean, a dropped level in itself wouldn't be too bad...but I was already on progesterone. What.the.heck.

I was still feeling pretty pregnant - throwing up (IT'S THE WORST), waking up to pee, bloated, etc...you know, the fun stuff. But that progesterone level! So nerve wracking. 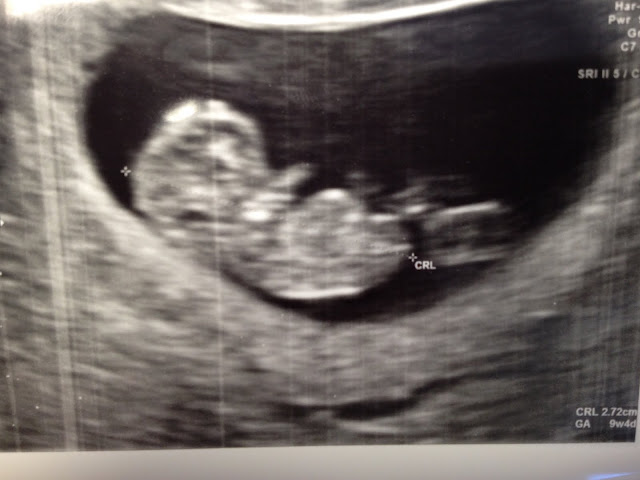 But baby looked good and is growing on schedule! Great heartbeat too. So, so thankful. I got another progesterone level drawn today but it usually takes a couple days at least to get the results.

My official due date is July 8, which is the day before Chase's 2nd birthday. My cervix is looking good too (yay!) which is a relief because sometimes I'm so paranoid that I'm feeling my cervix open. (Is that weird? It probably is. I'm just crazy. But in my defense it did start opening at 11 weeks with Landon.)

We scheduled my cerclage for the beginning of the new year, which will be the end of the first trimester. I'm nervous just thinking about it. You'd think it'd be a cake walk after doing it twice, but...nope. Any kind of procedure while pregnant is just really nerve-wracking, especially when it involves a spinal (similar to epidural) when you can't even feel the baby move yet. And then there's the whole fasting after midnight which is just tortuous for a pregnant woman. But the one thing I'm looking forward to (don't think I'm crazy) is all of the anti-nausea meds being pumped into my system so I can eat one meal without wanting to throw up.

So! We took the boys with us to the ultrasound, mainly because Landon has been asking to see the baby. So thankfully the baby was okay and Landon really loved seeing pictures of the baby. He also told the tech it was a girl. But, we shall see. 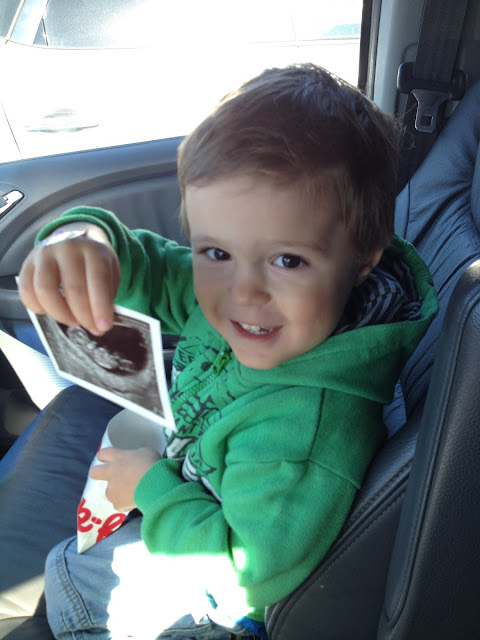 He's super proud, that's for sure. He was walking around the doctor's office with one of the ultrasound pictures and kept saying, "I love my baby." It's so fun having a kid old enough to know what's going on!

And the only other thing worth noting is that my next appointment is on December 29 - AKA the day we lost Levi. We're trying not to read that much into it...(Logan is failing miserably). But it's a little hard because the calendar is exactly like it was in 2009. Tuesday. But at least this time we have an extra prayer warrior.
Posted by Jen at 4:27 PM