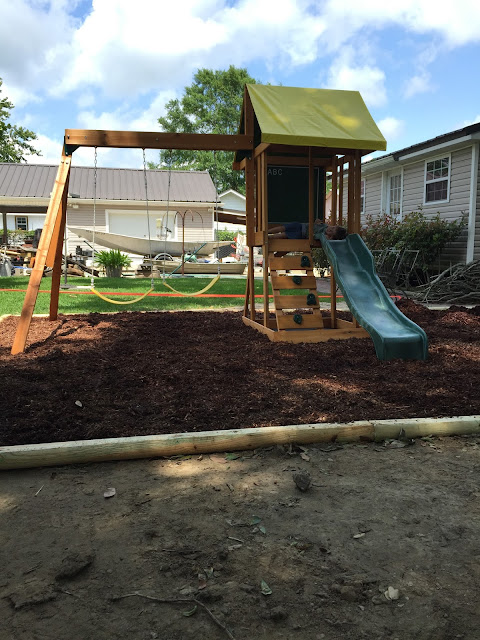 We have a swing set!! Logan was off Monday and Tuesday and really got to work. He still needs to add another layer of timbers around the border, but the kids can play now and it's lovely. We still have plans to put up a short fence, as well as some landscaping ideas to make the backyard prettier. But I'm so glad he got this much done despite all the rain! You can expect a full blog post when all of that is done because...#bloggersgonnablog

2. Words that spoke to me this week

"When the Holy Ghost, her Spouse, has found Mary in a soul, He flies there. He enters there in His fullness; He communicates Himself to that soul abundantly, and to the full extent to which it makes room for His spouse." - page 21 in St. Louis De Montfort's True Devotion to Mary

I just wrote about the books I finished this past month. Here's what I'm currently reading: 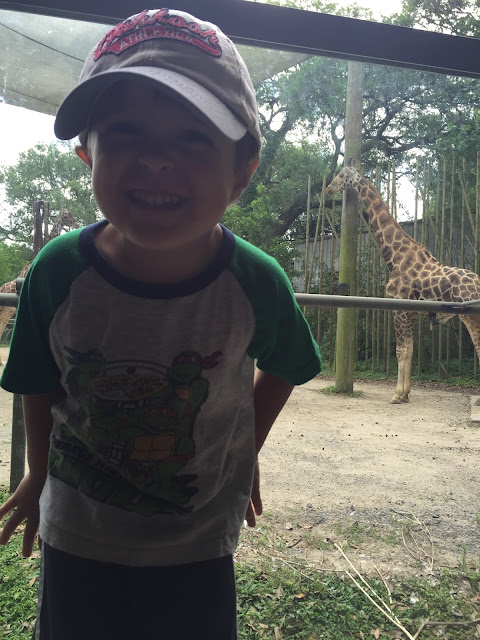 Oh, this boy. He can just be so fun and grownup sometimes that I can't believe it. I could go on about his strong-willed temperament (because OH MY GOSH sometimes I think he's going to put me in labor), but I'm going to focus on his cuteness and helpfulness. Logan and a friend took the boys to the zoo a couple weeks ago and I asked Landon for a picture with the giraffes. He was more than happy to do that for me! 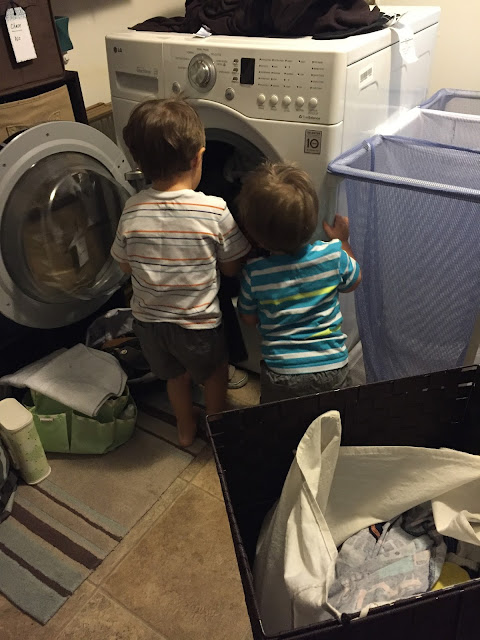 I put a few things in the washing machine the other day, got distracted, and when I finally remembered about it I found the boys finishing it for me. Seriously, they loaded the washing machine all by themselves. Landon was totally on the ball and I love how he loves to help. 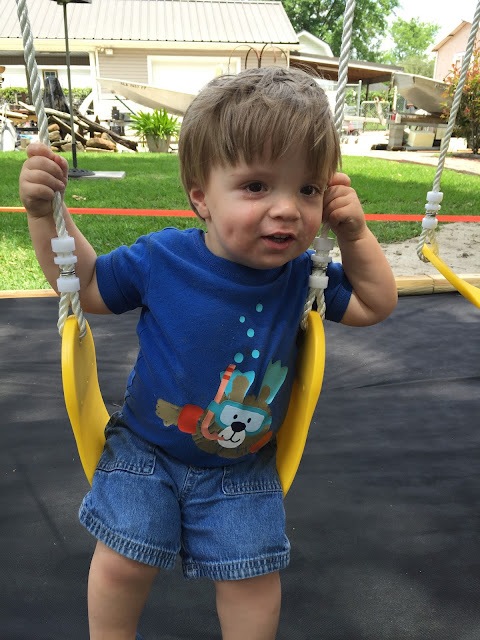 I know I say this all of the time, but y'all. The dimples! And it is has become even more obvious that Chase needs the procedure done on his tear ducts (because, tears rolling down his cheeks even though he was super happy in this picture). So hopefully we can get it done in 2 weeks as scheduled. 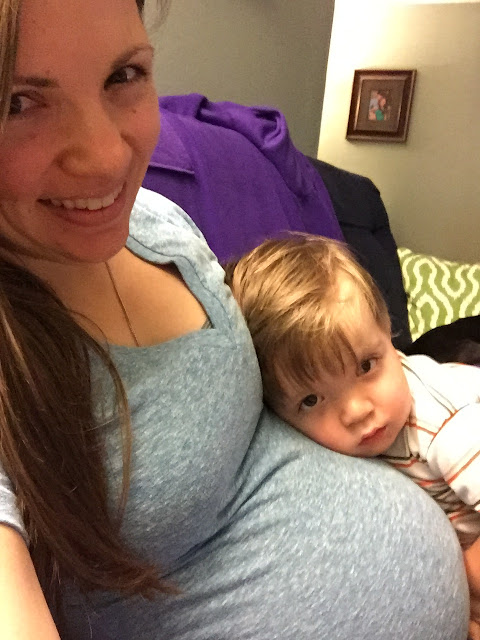 Also...he's been super cuddly and clingy lately which makes me think that he's sensing his time as the baby is coming to an end. He can be so sweet (when he's not shrieking at the top of his lungs). And seriously, this boy can eat! I'm still amazed at how much he puts down sometimes. I think he finally caught up to his big brother in weight!

It's obviously First Communion season because my little shop has been getting some sales the last couple weeks! I sold out of a couple of the girls rosary bracelets and I've made enough "God Bless" banners to make me want to take them out of my shop forever. Ha. Kidding. Kind of. (I loooove how they turn out but they can be time-consuming. And well, children live here.) 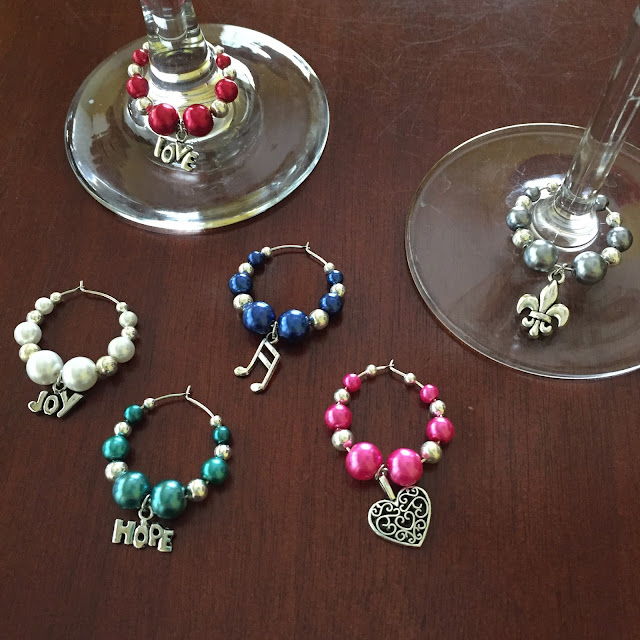 I've got some wine charms and women's rosary bracelets if you're still needing something for Mother's Day! Hint hint. Use the code MOTHERS16 for 15% off your purchase through Sunday! 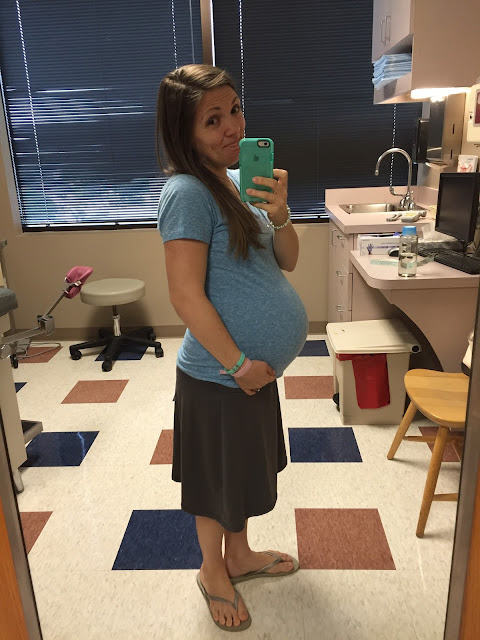 Just trucking along here and am still baffled at how quickly this pregnancy is going. I'm starting to get the typical 3rd trimester aches and pains which is fun (ahem). Most days the contractions are minimal, though, so that's good. But I still do have a few strong ones here and there, and by the end of the day I'm feeling way too much pressure down there. Dr. H said this week that my cervix is hanging in there though! #30weeks

Linking up with Kelly!