Even though this pregnancy has gone rather smoothly (at least compared to the last two), I'm still not immune to those deep-rooted fears of losing Aaron. It doesn't matter that I'm only weeks away from delivery. I still think about the possibility of another stillbirth, or not hearing his heartbeat at my next appointment, or about something being wrong with him once he's out of the womb. I know all too well how quickly life can change - from a seemingly perfect pregnancy to one ending far too soon, with your son's lifeless body in your arms.

I wish I didn't think about those things, and I will admit the thoughts and fears slightly fade with the years...but losing a baby even just once changes everything.

Six and a half years later, two healthy babies later, and I still think often about that first precious baby we lost. I still worry about experiencing the whole tragic ordeal again, and it still brings me to tears when I read Levi's Story for the 30th time.

Pregnancy loss really does change everything.

Yet losing our baby boy has opened our eyes in so many ways and even though I wouldn't want to experience it again for anything - I have to say I'm thankful it all happened that way.

I'm thankful that it gave me a bigger perspective on babies, pregnancy, family size, and being open to life.

I'm thankful that I have a precious soul in Heaven waiting for me (which also serves as extra inspiration to get there!).

And mostly I'm thankful for how it showed me that life doesn't end with loss, and that God really does carry us through each and every trial - making us (hopefully) better people precisely because of those trials.

"Beloved, do not be surprised that a trial by fire is occurring among you, as if something strange were happening to you. But rejoice to the extent that you share in the sufferings of Christ, so that when his glory is revealed you may also rejoice exultantly."- 1 Peter 4:12-13, NAB 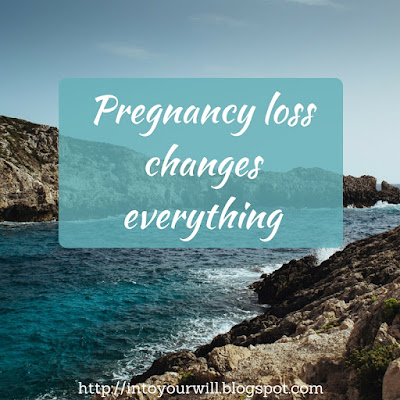