Hey! I finally remembered to (have Logan) take a picture to link up with Rosie for My Sunday Best! 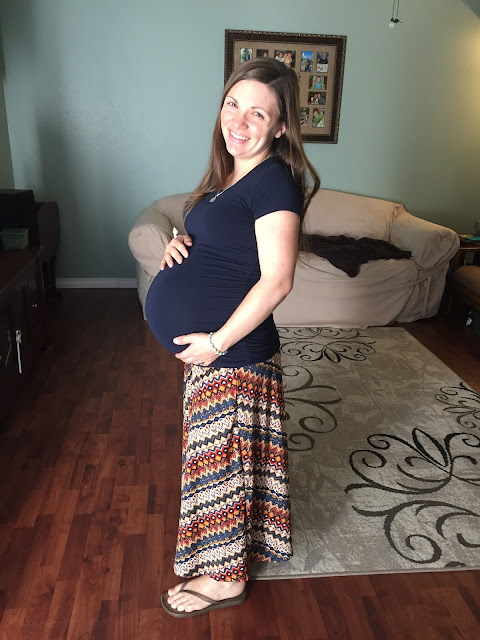 Bump: 37 weeks
Shirt: Destination Maternity (AKA one of the 2 shirts that still fit that are appropriate for Mass, *sigh*)
Skirt: Stein Mart (not maternity but stretchy and sooo comfy)
Flip flops: Old Navy because I don't care

We went to Vigil Mass because Logan is working today (and the picture was taken afterwards), so I look super tired. But this was also the day after having 4 of my friends and 11 other children spend the night at our house because we are crazy. It was crazy fun, though, so there's that. (And they cleaned the house before they left! #winning #bestfriendsever) 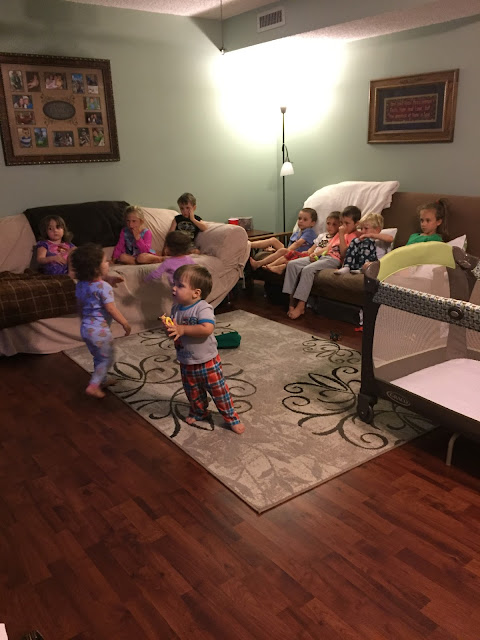 Photographic evidence of the craziness. Just preparing for our annual beach trip, ya know? (We were also missing one family here too.)

Aaron will be here in less than 2 weeks (or possibly any day now, really), so we've been stocking the freezer this past week. It's the first time I've been able to do that! I'm pretty excited and hoping it will make postpartuming like a boss much easier. I'm still having contractions and all but many days I think I'll make it another week or two.

If you could say a tiny prayer that my appointment on Tuesday goes well, I would really appreciate it. Like I said in my last post, my doctor is attempting to take out my cerclage and I really hope he can because my cervix really hurts (sorry if that's TMI but he's referred to the cerclage material as both fishing line and barbed wire, so um, it hurts at the end of pregnancy...especially when contractions are involved). I'm not sure what to expect afterwards - I could go into labor or I could not, and not knowing is a little nerve-wracking. This is my 3rd cerclage but I've never actually had it taken out before a C-section (1 failed attempt and I went into labor before the 2nd attempt). Is my cervix going to dilate immediately? Is my water going to break? Is nothing going to happen as the universe laughs at me?? I'm trying not to have crazy thoughts but you can tell that's going well....

I'm really trying to enjoy these last days with Landon and Chase, and even though they both have their absolutely ridiculous moments that make me CRAZY, I'm finding that most of the time I'm just really enjoying them lately. Lots of cuddling, reading books, and probably more TV watching just this past week than the last 4 months combined. I'm really hoping Aaron stays put until at least Thursday (for several reasons), so I'm still laying down a lot (also because it hurts to stand up), but maybe he'll surprise us and hang out even longer than that. Only time will tell. It is nice to have an end date in sight, though! 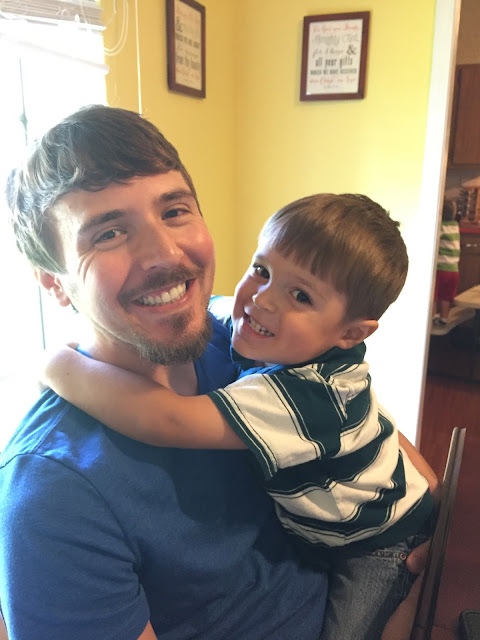 Oh, and a very Happy Father's Day to my handsome hubby. :)