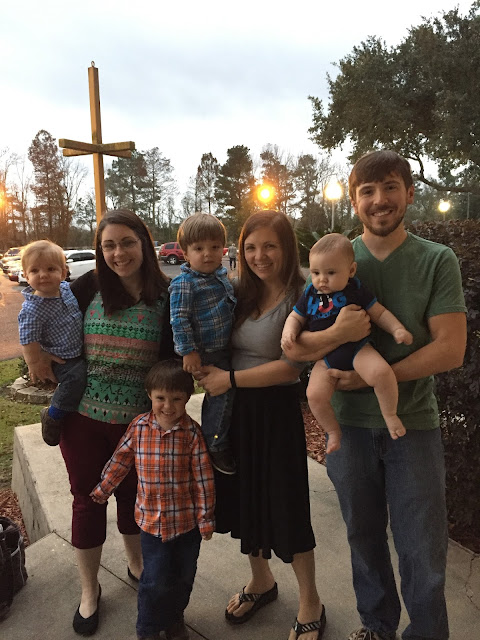 1. We had visitors this weekend! We went to vigil Mass so the lighting isn't the greatest. Mass also involved a diaper blowout (right before, thankfully, and explains Aaron's casual onesie - and he had looked so cute! boo), lots of spit-up and passing around of the 3 younger boys. But we survived! 4 boys, age 4 and under is no joke. Linking up with Rosie for My Sunday Best! I'm wearing a Nicole dress from LuLaRoe. I may or may not have a few of them... 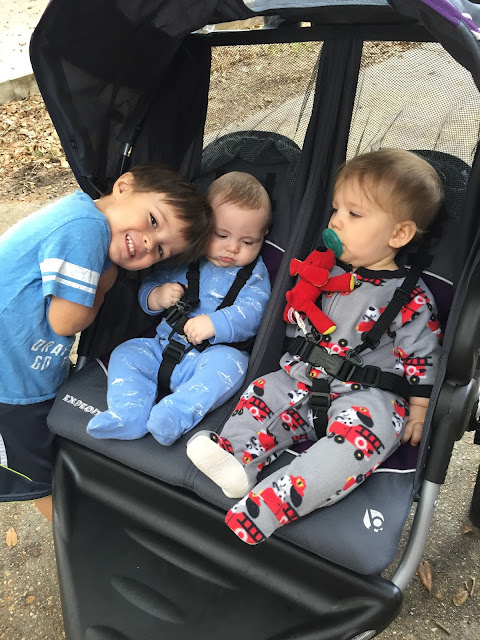 Lauren and her little family are always a joy to have over and I'm thrilled that they're now only a couple hours away. We will be making these visits a regular occurrence. It's so fun seeing the boys all play together! 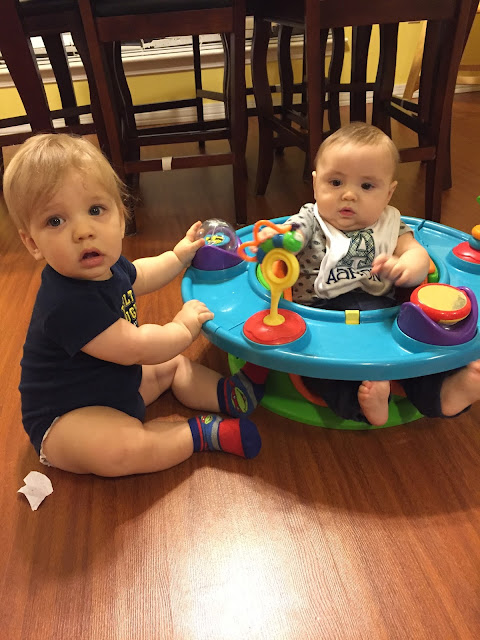 2. I've been getting rid of most of our baby clothes as Aaron outgrows them and even getting rid of some before I put them on him. After Landon and Chase, I did not feel inclined to get rid of much, and it totally worked out since we kept having summer babies...and all boys. But now I'm like AWAY WITH ALL THE THINGS. And it's pretty freeing. (Totally not saying we won't have another baby. I just don't think we'll need many clothes if we do have another one, and consignment stores are great for that.) 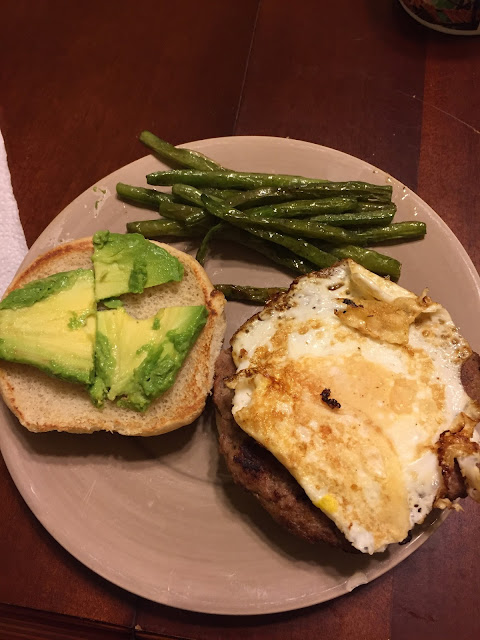 3. Fried eggs are my new fave thing to eat, especially now that I'm avoiding milk and cheese. I'm weird and have to have the yolks cooked completely, which might defeat the purpose of fried eggs, but oh well. Fried eggs for breakast, lunch, dinner, mid-morning snack. Whenever! Fried eggs on hamburgers. GIVE ME ALL THE FRIED EGGS. With avocado on top, thankyouverymuch.


4. Louisiana weather is so weird. We'll have a couple of days that require jackets and maybe scarves and then I'm back to wearing flip flops the next day. Followed by a day of cold weather. But I will admit that I totally love it. It is depressing though, to have Landon ask where the snow is and tell him that it doesn't get cold enough down here for that. (Last time was 8 years ago when Logan and I were engaged.) 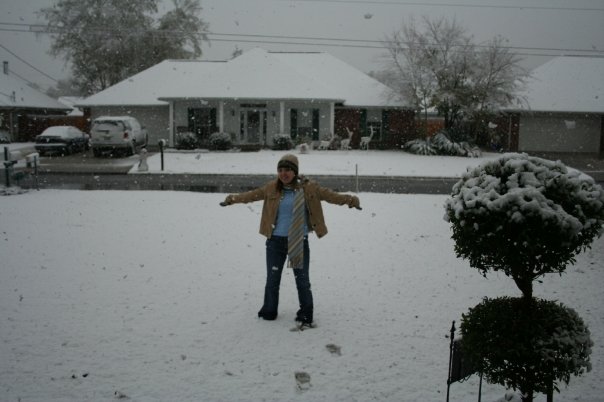 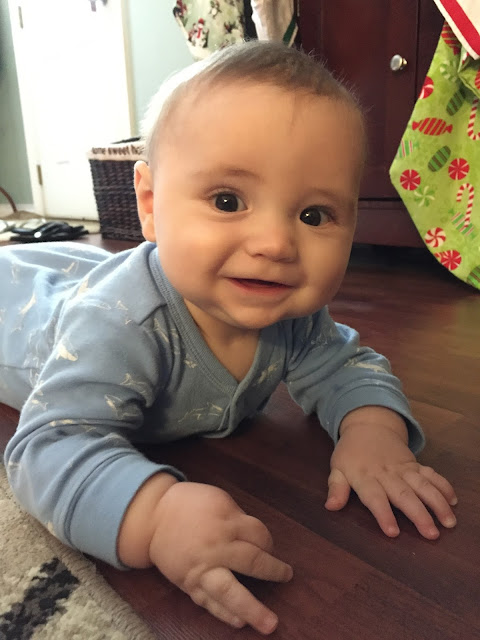 5. Gahhh my baby is so cute. I know I say that all of the time. I don't care. He's cute! This week he started belly laughing and it's pretty much the greatest thing ever. 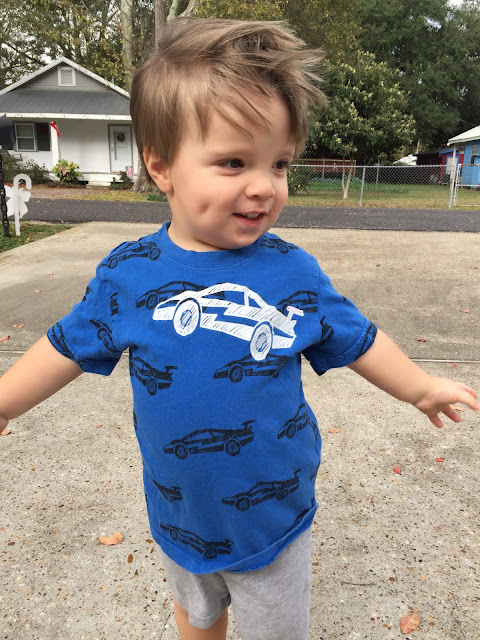 6a. Well, this picture perfectly displays Chase's goofiness. I don't understand how a human being can be so frustrating and destructive (oh, the stories I could tell) while simultaneously being freakin' adorable. Those dimples are his saving grace, I can assure you. 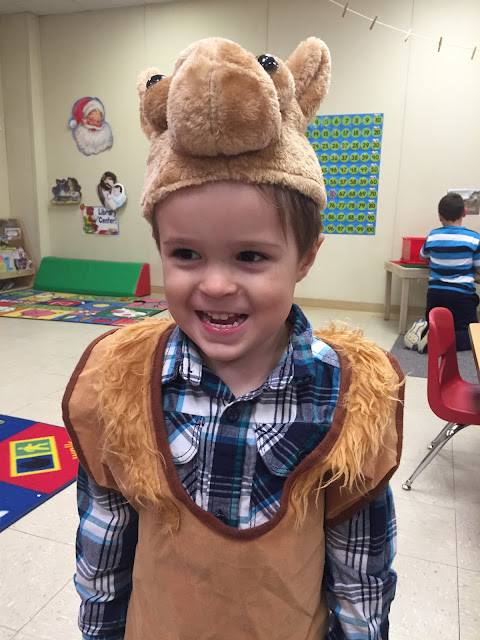 6b. Landon had his first school performance this week and did really well as the cutest camel ever. ;) He's growing up so fast these days and I'm kind of in denial that I'll have a kindergartener next year. Soon I won't want to post these kinds of pictures because of his possibly-embarassed future 14-year old self (sob) but maybe I'm just getting ahead of myself.


7. Well, the year is almost over and I haven't quite reached my (second) reading goal of 75 books. But I'm close! And there's still time! I plan on posting about my faves that I read this year which should make a really good list because man, I read some good ones.

I know I won't be able to read as much next year since Aaron will be crawling and walking and all so I'm still thinking about my goal next year. I just love books and am so glad I realized this past year that I can actually make time for reading. (The short answer: don't watch TV.)


Also linking up with Kelly. Go check out everyone else's posts!
Posted by Jen at 11:26 AM