One day - in the not so distant past - I walked into our kitchen to Logan dressed in all white, dancing with a broom. He was imitating Mr. Clean.

I’ve lost count of how many times Logan - when we’re out in public - gets down on one knee and acts like he’s about to propose. Again. Just to embarrass me.

Nothing shocks me anymore, I tell you. That’s life with Logan. There are many adjectives I could use to describe him, but maybe I should just go with “unique”. Sometimes it’s a little annoying that he sometimes acts, um, childish, but a lot of times it’s hilarious. I’ve learned to embrace the weirdness.

I’ve blogged about how he (very willingly) picked out my clothes for a week and found a cute dress on our Goodwill date. He probably cares more about my wardrobe than I do, but I suppose that’s a good thing, because I certainly need help in the fashion department.

More recently, Logan became determined to learn how to braid. I’m not sure why really, as our kids are all boys, and I hadn’t worn my hair in a braid since I was a kid. And Logan wasn’t even satisfied with learning how to do a simple braid - he wanted to learn how to French braid. Go big or go home, I guess.

It took him a few days of practicing, but I’m proud to report that Logan has mastered the French braid. I have no idea how to do it, and I don’t really care to learn. We don’t have any girls yet, but we do have two nieces, which turns out to be one of the reasons Logan wanted to learn. And if we ever did have any girls, Logan would most definitely be in charge of fixing their hair.

I just need to point out that as I was sitting at the table writing this section, Logan started braiding my hair (and he had no idea what I was writing about).

Since a lot of times we’re unaware of what other people find weird about us, I asked Logan what he thought my quirks were. Most of them I already knew he found annoying - flossing my teeth, using cruise control while driving all of the time, following the rules. (Apparently, he has a problem with me doing things THE RIGHT WAY. Whatevs. I still love him.) But one I really didn’t even realize I was doing half of the time - sniffing my hair. Yes, that sounds weird, and yes, Logan could have probably been a little nicer when he pointed it out to me, but now I realize every time I do it and inwardly groan because man, Logan was right.

Everyone has their quirks, though. It’s easy to let those quirks become annoyances which become major roadblocks in a relationship. I know it’s our job to get each other to Heaven, and it’s certainly our obligation to gently point out certain behaviors that might be sinful.

But a lot of things are pretty insignificant in the big picture. So pick your battles and embrace the weirdness. 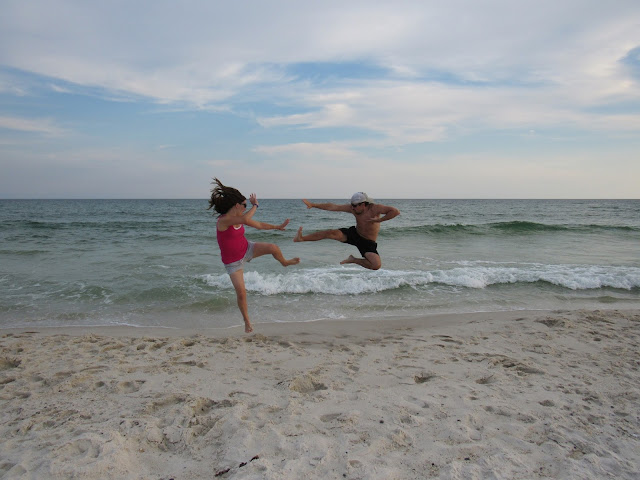