In case you haven't had the privilege of watching an episode of Fixer Upper, it's a show about a couple, Chip and Joanna Gaines, who fix houses together. Chip is the contractor guru and Joanna can literally turn the ugliest house into the prettiest house you've ever seen - her style is amazing.

While the flipping houses aspect of it is certainly interesting, there's another part of the show that is just as inspiring to me - the relationship between Chip and Joanna.

It doesn't take you long after watching the show to realize that they have opposite personalities. Chip is the goofy, outgoing one, and Joanna is the more serious (but still funny!) one that usually has to do the hard things (like call a client and tell them about replacing the $7,000 AC unit).

They remind me a lot of Logan and myself. He's the one making silly jokes or doing goofy things, and I'm the one rolling my eyes.

But I have to admit that's where the similarities end. Chip and Joanna seem to have a mutual respect for their differences, and they are SO good at encouraging and affirming each other. Seriously. It's so cute. I know it's just a show and possibly edited, but there's no denying that Chip and Joanna's marriage is something special.

It's really made me think that I need to be better about how I talk to Logan.

So you know what I did? Without telling anybody, I decided I would try really, really hard to speak to Logan more respectfully and lovingly. No matter what. No matter if he was ugly to me, or ignored me, or what. I would stay calm and remember that he was my husband and we were in this together.

And this is where I admit I failed miserably.

But I was totally pregnant at the time and decided to give myself another chance when not pregnant.

So I decided to just give myself a break because I had a tiny baby and was still hormonal. I eventually forgot all about my self-imposed challenge. I mean, I still tried to change how I spoke to Logan, but I didn't let it consume my thoughts or anything.

A couple months ago, over a year later, I realized there were some episodes of Fixer Upper on Hulu that I had never seen. So I started watching the show again and still found myself admiring the way Chip and Joanna interacted with each other.

The difference, though, is that it made me realize that Logan's and my relationship had vastly improved. I still have my moments where I snap back at him when he explodes over nothing. I still have a hard time holding back a snarky remark sometimes. But overall, I'm being more respectful and loving towards Logan. (He agrees, by the way.)

Honestly, I'm not sure. Part of me thinks small, daily efforts eventually grew into a bigger long-term effort.  Part of me thinks it's because I've made more of an effort to be respectful and loving in my actions, which flows into my speech.

But I'll also admit that God's given me a heck of a lot of grace in the past year. To understand how Logan sees and hears things, and to realize how much of an impact I have on him - and it's up to me to decide if that impact is positive or negative.

So I try to remember to keep everything positive. It doesn't always happen, but knowing how far I've come in just a year gives me motivation to continue my efforts. My marriage is worth it, and it's crazy how much a TV show made me realize it. 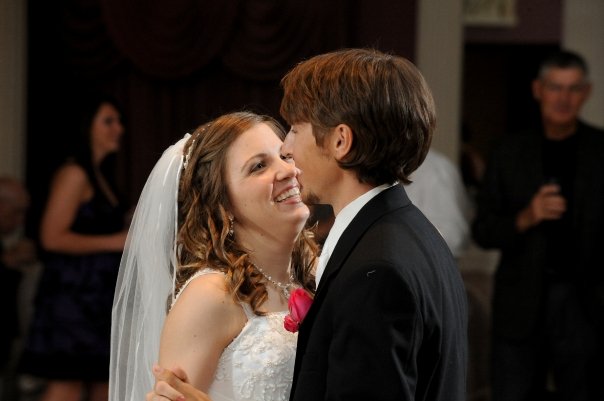