After almost a year in our cute little rental house, Logan and I decided to start looking for a house of our own. We looked at a couple, even put in an offer on one (that didn’t work out), and for awhile there were no other houses available in our price range that appealed to us. It was pretty frustrating.

Over a month later, we had almost given up on our house search when I got a text from my friend who was helping us look. Logan and I were out and about when my friend’s text said there was a new listing that she thought we should see. When she gave us the address, I realized that it was literally a block away! So Logan and I drove by it on our way home.

I knew as soon as I saw it that it was the perfect house for us. It reminded me of our rental house (which we loved) but was much bigger. We went back to see the inside as soon as we could, and I felt like it was already ours. It had exactly what we were looking for - 3 bedrooms, 2 full baths, and only a minute away from where we were currently living. It was a little outdated, which meant there were a few things to fix, but I felt much better about this house than the previous ones. I really didn’t want to get my hopes up again, but I had a feeling that it was really meant to be.

I was right! We closed on the house a couple months later, and the next day we got to work taking out the old floor and putting down new laminate. It looked so much better! Logan’s dad and brother and my brother were all a huge help. We worked nonstop for several days since we needed to be out of our rental house soon.

We stayed busy over the next couple of months as we unpacked, arranged furniture, and painted the walls. Everything fell into place, it seemed. We need to replace the broken dishwasher (that we knew was already broken when we bought the house), and I found a great deal on one. Logan had an extra side job that made just the right amount of money to pay for it.

Situations like those kept happening, and it was confirmation that we bought the perfect house. Since we had finished a lot of our house projects, we decided to plan a housewarming party for our family and friends. Many of them had already seen the house, but we wanted to have a big official celebration.

Three days before our housewarming party, I woke up at 6:15am for work as usual. Our bedroom was upstairs, so as I walked downstairs, I heard running water. I thought that maybe the toilet in the downstairs bathroom was making noise - as it was known to do - but then I realized that the water wasn’t just running. It sounded like it was moving very fast! The hallway to the bathroom has a step down, since the back of the house was added on at some point, while the front of the house is raised. When I stepped down into the hallway, my socks were instantly soaked with water.

Naturally, I panicked, and kind of ran around in a circle - trying to decide if I should discover the source of the leaking water or just wake up Logan and make him do it. It was dark, so I couldn’t see the extent of the flooding, but it did not sound good.

Since the rushing water sounded very close, I went into the bathroom and looked to the right at the toilet. It was fine. I looked straight ahead at the tub - it was fine too. I stood there in the flooded bathroom, wondering where the heck the water was coming from, and felt like an idiot when I finally realized the noise was coming from beneath the sink.

I opened the cabinet doors to find water blasting out. Once again, I panicked and immediately ran upstairs to get Logan to wake up. It probably sounded something like: “LOGAAAAAAAN!! HURRY HURRY THE HOUSE IS FLOODED!! LOGAAAAAAN!!”

Being more sensible than I am, Logan hurried downstairs and immediately turned off the water under the sink. I felt like an idiot for not thinking about doing that, but hey, I was totally new at this owning a house thing.

Logan and I walked down the short hallway that led into our living room and our hearts sunk. The entire living room, which was by far the biggest room in the house and where we had just put new flooring, was flooded. Logan said a few choice words, I cried, and we both just stood there in the water for a few minutes. (That’s an accurate representation of how the two of us handle crisis. Ha.) We had only lived in the house for two months and we were going to have to change the floor for a second time already.

Add to that the fact that we had our first class that night to be certified as foster/adoptive parents. Plus, I had just started our first round of Clomid as we had been trying to conceive for 8 months already. It was pretty insane how everything was happening at once, and Logan and I were both so stressed because of everything. We both had to go in to work that day as soon as we got all of the water out.

Even though the whole ideal was pretty ridiculous, we were thankful that the flooding was contained to the back of the house, and that we were home when it happened. Our housewarming party still went on as planned - just with messed up flooring.

Since the party was just a couple weeks before Christmas, and we were attending foster/adoptive certification classes every week, we waited for life to settle down a bit before we replaced the flooded flooring. As it turned out, I loved the new flooring even better than the first one we had put down. Plus, we were able to replace our ruined furniture with some fun new pieces. Funny how things work out sometimes.

It was a good lesson in trusting God, even when it seems like things go from perfectly fine to completely terrible just because of one broken pipe. But somehow there’s always a lesson to be learned in the craziness - whether it’s something simple like learning how to turn off the water or something a little more complicated…like how life can be absolutely nuts sometimes but it always works out in the end. 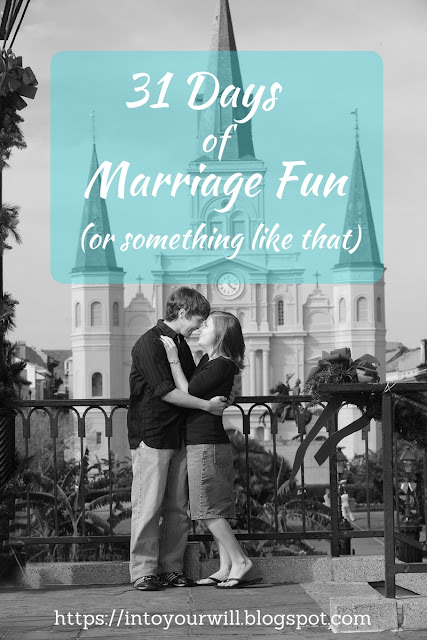