Goodness, did I really only write one post since the last Five Favorites link-up? Geez. I need to get back in the blogging game! (Are blogs really dying? I kind of feel like it but I also want to blog until I'm 80 sooo I dunno...)

I could totally just copy and paste my Five Favorites post from 2 months ago because it's all still true but alas, I have some new stuff I love too.

1. Costco
Yep, we finally renewed our membership again after going without for about 5 months. We weren't really saving money by not going to Costco. It wasn't obvious at first, because we still had a lot of things from there. But as we finished the snacks and frozen food and everything else from there that is A LOT cheaper, it started to kill me slowly to buy a more expensive item elsewhere. And thanks to handy dandy YNAB, I was able to look back at the last few months and realize yep, we were definitely spending more on groceries when we didn't have a Costco membership.

(I should mention that it is really easy to overspend at Costco, but with a lot of will power and buying only the necessary items and those items that save us money in the long-run, Costco helps our grocery budget immensely. We fill in the gaps at Walmart and occasionally Trader Joe's.)

2. Summer fun
I'm SO GLAD Landon is home for the summer. We created another summer of fun list (similar to last year, with some tweaks) and have already checked some things off. And I don't know why, but somehow I've managed to keep up with housework AND be a fun mom ever since school ended. Weird. Yay summer! 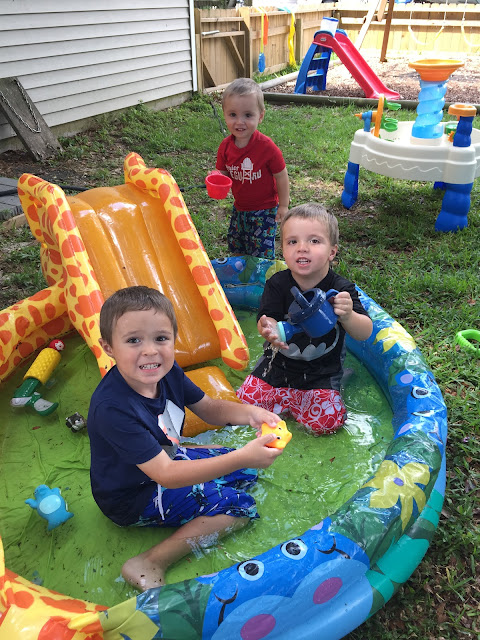 3. Alarm clock
I was getting realllllly tired of getting sucked into my phone every night before bed and every morning when I woke up but I kept thinking "but I need my alarm!" And then realized I still had my old school orange alarm clock from college. So I've been using it for the last 3 months while my phone stays downstairs at night. It's life-changing. (And holler for waking up to K-Love instead of some dumb ringer!)

4. Marriage retreats
Logan and I went on our third one this past month and you should just consider me your biggest advocate for marriage retreats. You need to go on one. Often. Like really. Faith and Marriage here in New Orleans puts on some amazing ones, but I'm sure there are others elsewhere! I just can't say enough about how much good a weekend away with your spouse to embrace the sacraments and spend time together can do for your marriage. 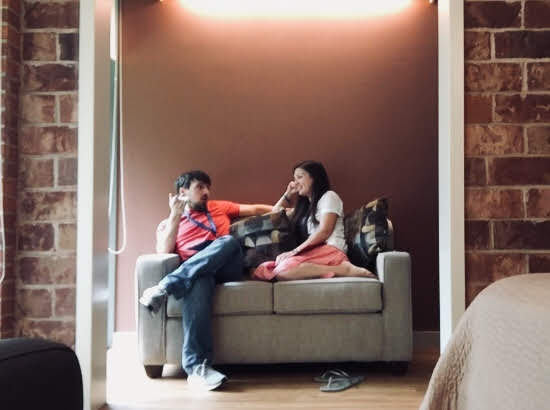 A snapshot from our vlog!

5. Stranger Things
Logan and I attempted to watch this way back when it was all the rage and after 30 terrifying seconds I was like NOPE. So he watched the 2 seasons by himself and continued to bug me about watching it with him. I was still like NAH I'M GOOD. But somehow he recently convinced me to watch it again with him and so we are 6 episodes in and I am hooked. It's so strange. But it's good. Even though some parts are still terrifying.

Well, shoot, I have more things I could add to the list but that's five already. Go check out the link-up over at Ashley's inspiring blog!
Posted by Jen at 7:47 PM