I've been posting goals and stuff for a few years, I think, but I don't know if I ever did a progress or updates post! So here we are, halfway through 2018. I've made some progress...(goals post is here) -Read the Bible in a year. I'm so glad I'm doing this. I could probably write a whole post about reading the Bible regularly, but it has been so fruitful. There was only one day that I forgot (crazy morning) and it was so hard catching up, so I've been making sure I do it every single day. (Evidence above. Highlighted days are the completed ones!)
-Incorporate more silence in my prayer time. Wellllll, if I'm honest, I could be better about this. I have a blog post in my head about this subject, but let's just say it's SO HARD cultivating silence even though I really, really love it and need it.

-Run a 5K. Sigh. I'm so frustrated with this because I kept getting sick in the beginning of the year, so I kept having weeks where I couldn't run at all. Somehow I still managed to run consistently for like 3 weeks before my scheduled 5K! But then the 5K was cancelled the morning of. And now I have zero desire to run anymore.
-Read 45 books. So far I've read 18 books, and in the middle of 4. So I'm 4 books behind schedule. It's been really hard fitting in reading with our video-making and a series of ridiculous things happening, but I'm thinking I will catch up on this once school starts in the fall. Maybe.
-Finish writing a book. HAHA. I'm just really struggling with making time to write, because every time I get in a groove, kids interrupt. And that makes me crazy. So Logan and I need to figure something out. (But maybe this is one of those things that won't happen until school starts!) 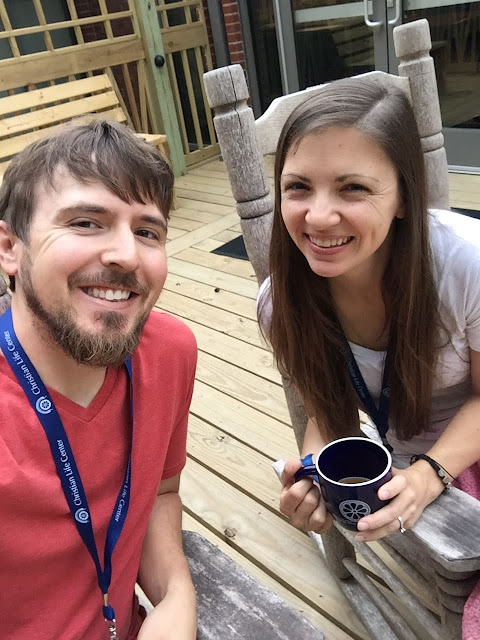 -Attend another retreat. Done! We went in May and it was awesome and we can't wait to go back.
-Go on a cruise. I doubt this one will happen this year, unless by some chance we're not pregnant towards the end of the year when we can get a super cheap rate. Time will tell. 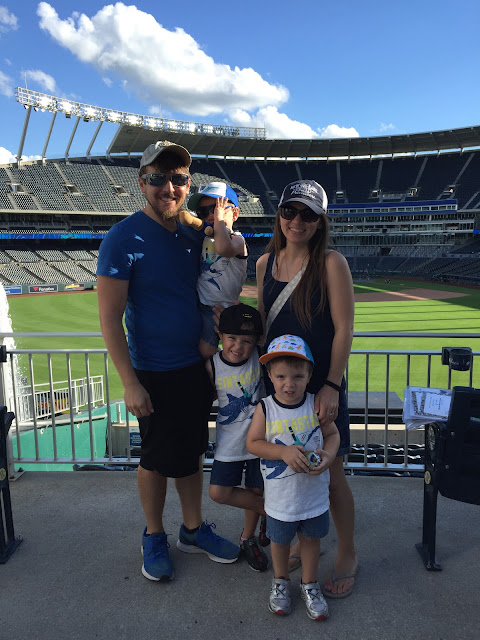 -Enjoy our family of 5. We have been! From crazy dance parties in our kitchen to outside time and everything else. (Picture above is from our trip to Kansas City. Go Royals!) Although there are still difficult moments as far as toddler tantrums and all, our kids have grown up so much in the last few months and it's made life really fun. (Still exhausting, but fun.) 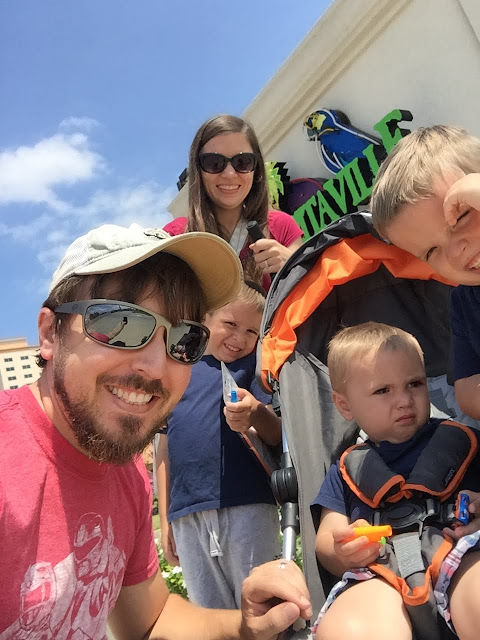 -Go on a mini-vacation to somewhere new! Done! Well, it wasn't really a "new" place, as we actually have been there before (for one night a few years ago), but it was Aaron's first time, and we stayed 2 nights this time. We enjoyed the hotel, the pool, the beach, the arcade (see above), and eating out a lot (something we don't usually do very often due to our budget, but we really do love it). It was such a fun getaway and we were so surprised with how well the boys did and how refreshing it was, even though it was just 48 hours. (And thank you Jesus for us helping us save the money in our vacation fund!)

-Buy tires for the van. Done! I think we did this in April. So glad to finally have that crossed off the list.
-Save another $1,000 for emergencies. Ugh, we've had a few unexpected things come up ('tis life), so we haven't been able to do this yet.
-Buy a reclining loveseat. This is looking doubtful too. Sigh.
-Get a month ahead of our expenses. We're probably about 25% of the way there, I think. It's been slow-going, especially with the unexpected expenses that came up, but the good news is that we're holding steady.

6. Saint of the year

I was REALLY confused about my saint of the year, St. Conrad. Patron saint of hernias and he and his wife both joined the religious life, basically. BUT I recently had an epiphany. I've been having a bunch of weird medical things going on, and it hit me - I could ask for St. Conrad's prayers! Because hernias are weird too. (Maaaaaybe that's a stretch, but whatevs.) And as far as the marriage thing goes (him and his wife going separate ways, which is weird - how could I relate to that?!), I realized that St. Conrad was big on prayer, and we can use him and his wife as an example of prayer in marriage. AND he died in front of a crucifix, which is pretty cool because as married people we are called to that same sacrificial love for our spouse. So yeah. Maybe I'm just pushing it but I've come to appreciate St. Conrad. ;)

Grace. Goodness this could be another blog post too, but let's just say I'm seeing the beauty of grace in all areas of life - prayer, marriage, parenting, EVERYTHING. I would not be where I am without God's grace and I'm so, so thankful He continues to give me the grace I need to do what He is asking.

Go check out the other quick takes at Kelly's!
Posted by Jen at 7:29 AM